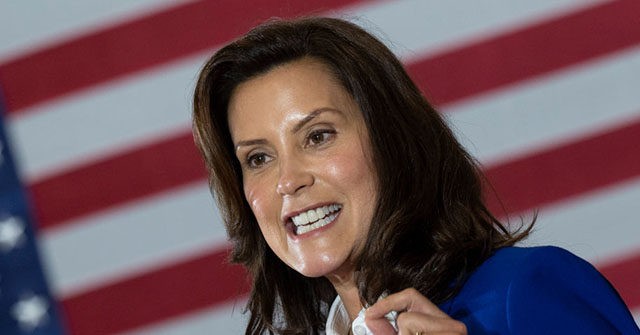 LANSING, Mich. (AP) — A high school sports advocacy group and some parents sued Michigan on Thursday, seeking to stop a new requirement that all teen athletes be regularly tested for the coronavirus.

The lawsuit, filed in the state Court of Claims, came on the eve of the mandate’s Friday effective date. Gov. Gretchen Whitmer and the state health department announced the free, required rapid testing nearly two weeks ago as a way to help curb the spread of COVID-19 amid a climbing case rate that is now the country’s highest.

Let Them Play Michigan, a group that successfully pushed for the resumption of contact sports following a monthslong ban, sued along with three parents of young athletes.

The suit alleges that a state order and related guidance were not issued in compliance with procedural requirements and are “arbitrary and capricious.” It also says they violate due process rights.

A spokeswoman for Department of Health and Human Service Elizabeth Hertel, who was sued in her official capacity, declined to comment on the complaint.

The order and guidance require 13- to 19-year-old athletes in contact sports to be tested — once a week if they wear a mask and up to three times weekly if face coverings cannot be worn.

Athletes who prefer not to be tested “have suffered an intangible injury from being forced to comply,” according to the suit, which also challenges contact-tracing and quarantine rules included in the guidance.

One plaintiff is the mother of a star wrestler who could not compete in the state tournament because a friend tested positive for COVID-19. Neither her son nor the friend was symptomatic, the suit says. Two children of another parent will not compete in their spring sports if they must comply with mandatory testing, according to the filing.

It says two wrestlers successfully sued in Barry and Eaton counties to compete in the state tournament. They had not tested positive but, while masked, allegedly came within 6 feet of students who were infected.

Whitmer and health officials have pointed to sports as a factor in rapidly rising infections. A Lansing-area school district last month reported at least 47 cases linked to several athletic teams. Testing found a more infectious variant that was first detected in Britain. Officials believe the outbreak was linked to a game with another local school.

Dr. Joneigh Khaldun, the state’s chief medical executive, said on March 16 that antigen testing is feasible and “a way that we will be able to identify cases as quickly as possible and not have more outbreaks amongst our sports teams.”