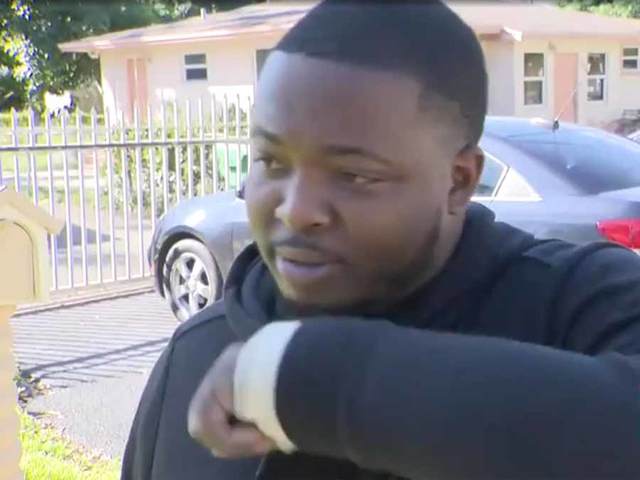 A Florida man’s broken arm turned out to be a blessing in disguise when he used his cast to help rescue his neighbor from a fire.

Altavious Powell noticed his elderly neighbor’s house in Miami Gardens was on fire Monday evening and used his cast to smash the window to break in and save her, WSVN reported.

Powell said he used the plaster cast and a plastic chair to break down the window before discovering Maria Cabral, 93, alone in a hallway near her bathroom.

“I grabbed her with one arm,” Powell said. “She looked back at me, and she just said ‘thank you.’”

Miami-Dade Fire rescue officials told CNN that firefighters discovered smoke coming from the building but no flames. Fire crews who arrived at the scene determined that Powell contained “the main body of the fire” when rescuing Cabral.

Officials are still investigating the cause of the fire, but one of Cabral’s relatives told WSVN that she lit a candle which set a wall on fire and spread throughout her home.

Medics took Cabral to a local hospital to receive treatment for smoke inhalation. Powell had been evaluated at the scene but did not need treatment.

Powell said he felt especially compelled to help his neighbor out because he knew her since he was a child.

“She watched me grow up since I was a little boy,” Powell said.