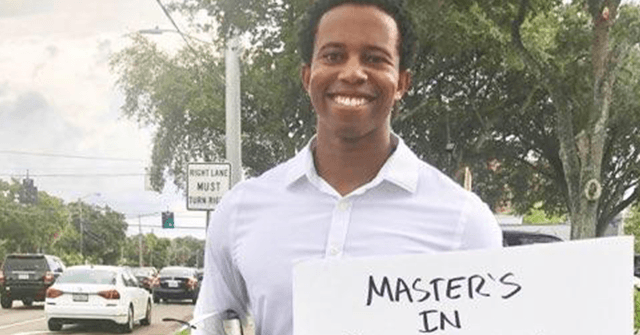 A Florida man who was left without a job and was handing out resumes on the street has landed himself a job at an engineering company.

Nick Johnson said he was left unemployed for two months despite his qualifications, which led him to pound the pavement in his search for work, WFLA reported.

It was a hot day outside in Tampa when he decided to panhandle his resume out to folks at a busy intersection between West Cypress Street and North Westshore Boulevard.

“Very hot. I was dressed business professional. I had a sign that said, ‘Masters in Management. Looking for a career. Please take a resume,’” Johnson said.

“They were honking, hey come over! Let me take a resume,” he recalls. “People were literally stopping, making U-turns to come back around just to meet with me.”

His resume stunt went viral on social media, leading to 17 interviews within the span of a week. As for Johnson, he is set to take his new job at an engineering firm in Houston, Texas, leaving Tampa behind.

Johnson is not the first man to get a job offer after pulling a similar stunt. In July, a Phoenix man went viral for standing outside in 110-degree heat handing out his resume looking for a job, and in that same month, a homeless man in Silicon Valley, California, handed out his resume instead of asking for money.

Both people got hundreds of job offers.