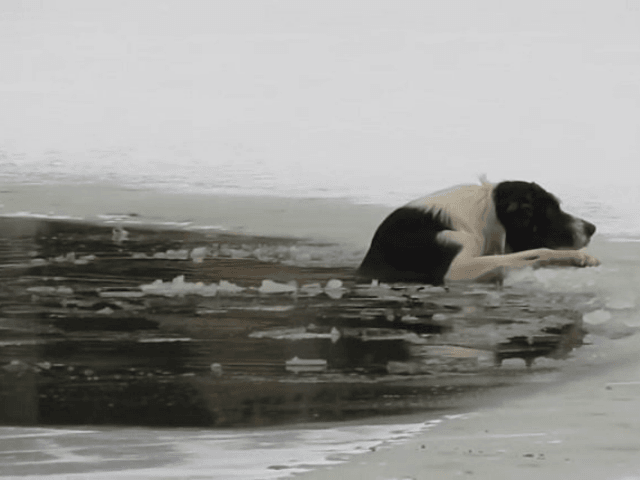 The unidentified young man reportedly fell through the ice on Monday afternoon, in an attempt to rescue his canine companion.

Indianapolis firefighters arrived at the Masters Apartments in the 7000 block of PGA Drive shortly after noon, but were too late to save the life of the young man or his furry friend. A witness saw the man walking out onto the ice to try and retrieve his dog, when he fell through and was unable to get back out.

Another neighbor in the apartment complex heard what had happened and entered the icy waters, attempting to throw a “rope bag” to the victim. After an unsuccessful attempt and a fall of his own, he left the pond. When divers arrived, they retrieved him from the 15-foot-deep water, and rushed him to the hospital in “extremely critical condition.” There, he was pronounced dead.

In a twist of tragic irony, the dog was able to safely extricate himself from the water. Both witnesses were also unharmed in their attempts to help. The name of the victim, as well as the official cause of death, have not been released.