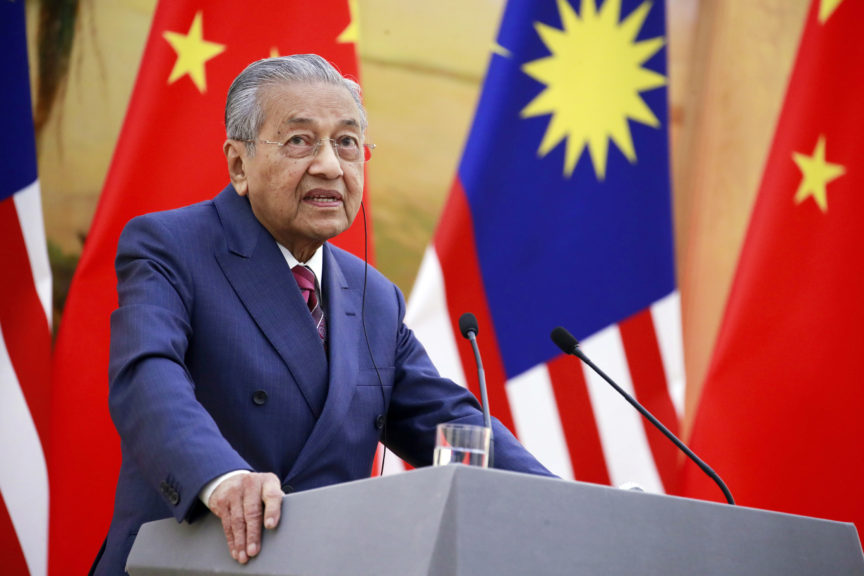 The United Nations applauded the self-professed anti-Semite prime minister of Muslim-majority Malaysia after his tirade against Israel during the international body’s annual gathering of the General Assembly, the world’s biggest stage for peace and diplomacy.

Echoing previous public remarks, Malaysia PM Mahathir bin Mohamad on Friday said the creation of the Israeli state is the “root cause” of Islamic terrorism and justified the Palestinians taking up arms against Israel.

This present war against the terrorists will not end until the root causes are found and removed and hearts and minds are won. What are the root causes? In 1948, Palestinian land was seized to form the state of Israel. The Palestinians were massacred and forced to leave their land. Their homes and farms were seized … Frustrated and angry, unable to fight a conventional war, the Palestinians resort to what we call terrorism.

The world does not care even when Israel breaks international laws, seizing ships carrying medicine, food, and building materials in international waters. The Palestinians fired ineffective rockets which hurt no one. Massive retaliations were mounted by Israel, rocketing and bombing hospitals, schools and other buildings, killing innocent civilians including school children and hospital patients.

He stressed his position against U.S. President Donald Trump’s decision to recognize Jerusalem as the capital of Israel.

“The world rewards Israel by deliberately provoking Palestine by recognizing Jerusalem as the capital of Israel,” PM Mahathir declared. “It is the anger and frustration of the Palestinians and their sympathizers that cause them to resort to what we call terrorism.”

Rather than posting Mahathir’s prepared remarks on its website as has been the case with most other leaders, the U.N. General assembly only published a summary of his speech that excludes his anti-Israel remarks.

The U.N. General Assembly, known for its role in peacebuilding and sustaining peace, received the Malaysian leader’s speech with applause.

The Malaysian leader has indicated he is proud to be an anti-semite. Speaking at the Organization of the Islamic Conference summit in Kuala Lumpur in 2003, he reportedly proclaimed, “I am glad to be labeled anti-Semitic […] How can I be otherwise, when the Jews who so often talk of the horrors they suffered during the Holocaust show the same Nazi cruelty and hard-heartedness towards not just their enemies but even towards their allies should any try to stop the senseless killing of their Palestinian enemies.”

Mahathir retired after previously ruling Malaysia for 22 years. However, he came out of retirement and made a political comeback, becoming the Muslim nation’s PM in May.