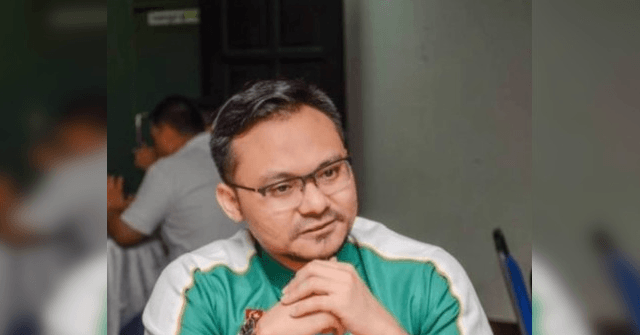 A Malaysian politician from the country’s hardline Islamic Party defended his decision to follow OnlyFans on Twitter this week, claiming he did so to follow a male fitness trainer who he admires.

Followers of Hezry Yasin, a leader within the Islamist party’s youth wing, noticed that he had begun following OnlyFans’s official Twitter account. The platform is widely known for its use by sex workers to monetize their content, although it is also used by some fitness trainers, musicians, and other content creators.

“My friends and I were following the progress of a fitness trainer, who mentioned that he would share more in-depth knowledge on OnlyFans,” Hezry said, according to the Asian news outlet Coconuts.

Although following such a platform would usually not be an issue for a politician, Yasin is particularly vulnerable to criticism given his hardline Islamic views, which include the belief that women should dress modestly. Many people, therefore, took to Twitter to demand an explanation, as documented by Coconuts.

“Well, you seem to have a lot to say about a woman’s modesty, and yet you follow @OnlyFans?” wrote one user in response to a comment from Yasin urging a woman to “cover up her hands and legs.”

“Why would he subscribe to OnlyFans to watch fitness trainers when you can see these masculine men do the same on YouTube for free? Hezry Yasin sweetie … I DEMAND AN EXPLANATION!” added another under the handle @Idespisecats.

One of Yasin’s political rivals from the Democratic Action Party, Shafiq Kassim, also attempted to call out his hypocrisy.

“Hi @hezryyasin after this I hope you stopped lecturing on Twitter about religion and modesty and all that jazz,” she wrote. “We all know what Only Fans is famous for and those subscriptions aren’t cheap either. Best put those US dollars to good use for the PAS Youth fund, okay?”

Yasin was subject to such mockery that one individual created a meme by rebranding the logo of Only Fans as “Only PAS,” a reference to the acronym of the Malaysian Islamic Party.

The Malaysian Islamic Party remains a minority within the country’s political system, although it has seen greater success in recent years as it tries to tap into anger among the majority country’s Muslim population. Last year, the party formed an alliance with the United Malays National Organisation (UMNO) in an attempt to consolidate the Islamic vote at the next general election, currently scheduled for 2023.