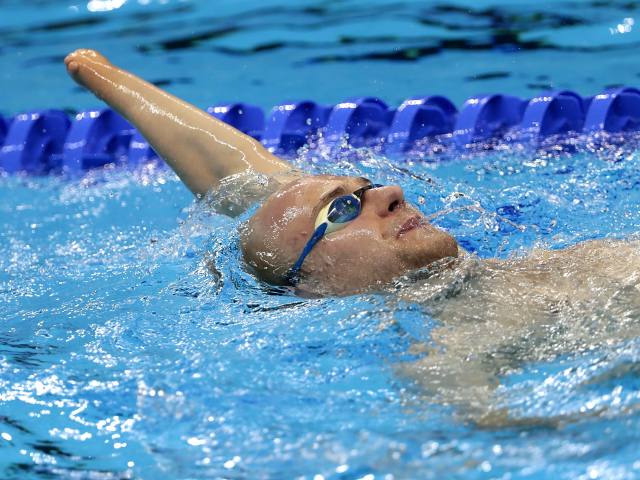 The International Paralympic Committee (IPC) on Sunday stripped Malaysia of the right to host the 2019 world para swimming championships after the Muslim-majority country banned Israeli athletes from entry.

“All World Championships must be open to all eligible athletes and nations to compete safely and free from discrimination,”  IPC president Andrew Parsons announced in a statement.

“When a host country excludes athletes from a particular nation, for political reasons, then we have absolutely no alternative but to look for a new Championships host… Politics and sport are never a good mix and we are disappointed that Israeli athletes would not have been allowed to compete in Malaysia.”

The move comes after Malaysia’s announcement last week that it would ban Israeli swimmers from joining a qualifying event for the Tokyo 2020 Paralympics set down for the city of Kuching in the eastern Sarawak state. The meeting from July 29 to August 4 is a prelude to the next Olympic competition.

The decision received an immediate reaction in Israel, with Foreign Ministry spokesperson Emmanuel Nahshon tweeting that “this is a victory of values over hatred and bigotry, a strong statement in favor of freedom and equality. Thank you @Paralympics for your brave decision!!!”

This is a victory of values over hatred and bigotry, a strong statement in favor of freedom and equality. Thank you @Paralympics for your brave decision !!! pic.twitter.com/Q3AM2DiUAy

The International Olympic Commission (IOC) had previously called on the IPC to act, reminding it that “the allocation of international sports events to a country must include the necessary guarantees to ensure equal treatment for the participating athletes and sporting delegations, without any form of discrimination or political interference from the host country.”

The American Jewish Committee also added its voice of protest against Malaysia,  launching a petition last Thursday which garnered thousands of signatures within 12 hours condemning Malaysia, with additional signatories lending their names to the call every hour since.

“Perhaps we should expect nothing more from a government whose head has engaged in Holocaust denial for decades and says he’s ‘glad to be labeled anti-Semitic,’ but we certainly expect more from the Paralympics, which is supposed to represent the highest ideals of humankind,” said AJC CEO David Harris. “We trust the IPC’s Governing Board will make the right decision and move the competition to a country willing to welcome athletes of all nations, in accordance with the IPC’s own constitution.” The AJC petition reads:

We also call on the Governing Board to seek commitments from future host countries that athletes of all nations will be able to compete in all future competitions. To allow this abhorrent policy to stand, without objection or repercussions, threatens the noble values upon which international sport relies as a vehicle for promoting peace and coexistence throughout the world.

It too has celebrated the outcome and ban:

Yes! We commend @Paralympics for its decision to strip Malaysia of the 2019 World @Para_Swimming Championships due to its ban on Israeli athletes. Bigotry has no place in sports. See our full statement >>> https://t.co/5li7LvsDWr

“We maintain our stand on the prohibition. If they do come, it is a violation,” he was quoted as saying by the official Bergama news agency. “If they (the International Paralympic Committee) want to withdraw Malaysia’s right to host the championship, they can do so.”

The IPC said in a statement that it was “disappointed” with Dr Mahathir’s comments, although it would aim to “find a solution” to the issue.

The IOC headquarters in Lausanne, Switzerland, released a statement to Breitbart News last Friday reasserting its position made clear during the last Olympic Summit held in Lausanne in December, 2018, that no discrimination against any competitors from any country will be tolerated within the Olympic family. The statement reads:

The Summit agreed that the allocation of international sports events to a country must include the necessary guarantees to ensure equal treatment for the participating athletes and sporting delegations, without any form of discrimination or political interference from the host country. This is in accordance with the basic principles of non-discrimination and autonomy which govern the Olympic Movement and which are recognised by various UN General Assembly resolutions, most recently that of 3 December 2018.

In 2016 Israeli athletes dropped out of an international windsurfing competition in Malaysia after the organizers refused to let them compete with the Israeli flag and national anthem.

No announcement on the new venue for the event has been made public.