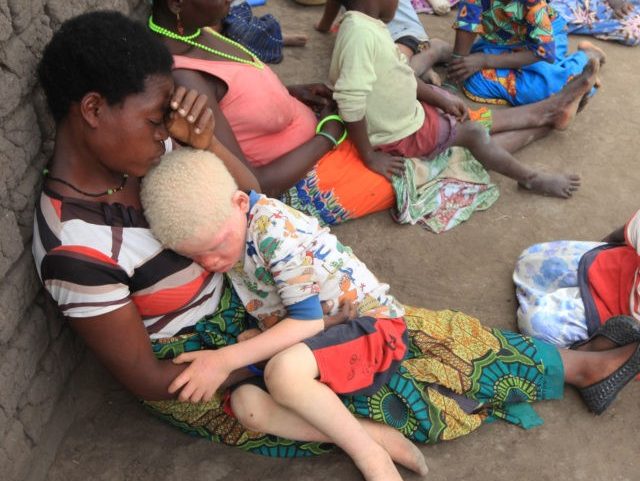 The killing of a 54-year-old albino man in Malawi on New Year’s Eve have triggered concerns of a resurgence of murders, rapes, and mutilations against people with albinism in the country and greater region, where witch doctors claim potions made out of albino body parts can bring good luck.

Malawi’s Daily Times reported Friday that police arrested four men for the murder of Yasin Phiri, an albino man killed after a group of men entered his home on December 31 with the apparent purpose of killing him. There is no evidence the men in question had other motives for killing him such as tense personal relations or a financial stake in his death; police believe his condition as an albino prompted the homicide.

“They dragged him outside the house probably to a distance of about 20 meters,” Malawi Police Inspector General Rodney Jose told reporters on Wednesday, according to Voice of America. Police believe Phiri died in front of his young son. “They chopped off both his hands, they left him battling for his life until he bled to death.”

Albinism is a hereditary condition in which the body does not produce melanin. Albinos tend to have very light skin and silver or very light blond hair. In Malawi, Tanzania, South Africa, and other areas in the south of the continent, the unique features of albinism have led to a mythology surrounding their magical qualities. Witch doctors claim albino body parts can help cure health problems, bring the consumer good luck, and help politicians win elections.

Prior to the Phiri killing, the most recent high-profile case of the killing of an albino in Malawi occurred in March 2018. Police announced two months later that they had arrested 22 people suspected of taking part in the abduction and killing of 22-year-old Macdonald Masambuka. Police stated that some of those arrested were being charged with conspiracy to murder, not with directly killing Masambuka, suggesting that his killing was related to the market for albino body parts and premeditated.

That same month, in South Africa, a judge sentenced a man to four life sentences in prison after he was found guilty of killing two nieces and two nephews, all with albinism and between four and 12 years old, after he received a business offer from an intermediary who said a witch doctor was seeking albino ears to use in a magic spell. Not content with the potential profit from the children’s ear sales, he also took out life insurance policies on them before their murder.

While alive, some believe albinos can cure HIV/AIDS if a patient engages in sexual intercourse with them, leading to a high number of rapes of people with albinism by HIV+ rapists. Men in particular who are HIV+ often attempt to court albino women for the purpose of raping them and “curing” their disease and making some extra profit by “killing her or ‘selling’ her for body parts,” according to a 2016 Amnesty International report.

Traditional healers will often pay high prices for albino body parts to use in allegedly curing potions and spiritual rituals. Since body parts have their uses independent of the entire corpse, many albinos suffer mutilation attacks, in which assailants will chop off their hands, feet, arms, or legs and leave them to bleed to death without attempting to actually kill them. A complete body is, of course, more lucrative; according to a 2015 U.N. study, witch doctors in Tanzania may offer as much as $75,000 for the body of a person with albinism.

Authorities in countries where these beliefs thrive have struggled to enforce laws forbidding the persecution of albinos for witchcraft because many of those with the means to afford spiritual services involving the use of their body parts are politicians. This makes election seasons a particularly dangerous time for albinos in southern Africa, as wealthy political candidates seek an edge in their prospective races using albino body part potions in spells. In 2015, shortly before criminalizing witchcraft in its entirety, the government of Tanzania issued a special plea to politicians prior to nationwide legislative elections to not participate in the murder or mutilation of albino people.

The ban on witchcraft in Tanzania resulted in hundreds of arrests of traditional healers and a rise in demand for albino body parts in neighboring Malawi, leading to many parents of albino children refusing to send them to school or let them out of the house for fear they would be killed. Voice of America estimates that 26 albinos in Malawi have been killed since 2013, out of a population estimated to number at around 10,000. “Shoot to kill” orders from the nation’s government to police have done little to prevent incidents like the one documented this week.