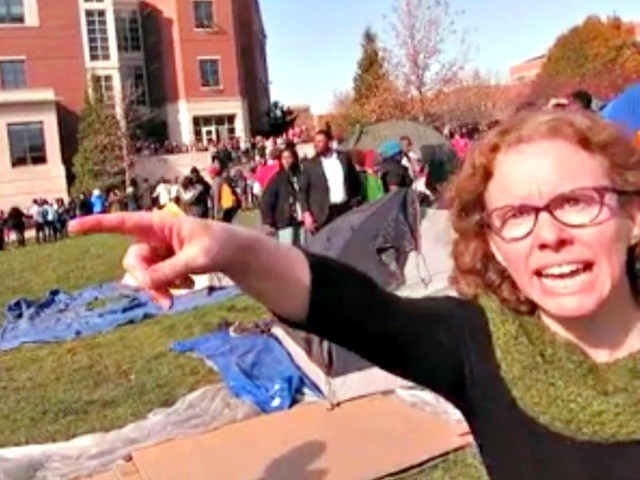 A majority of U.S. college students report often feeling “intimidated” to disagree with professors who express their own personal political or social beliefs while teaching classes.

A national online survey of 800 full-time undergraduates in both public and private schools found 53 percent of participants said they often “felt intimidated” to openly share ideas, opinions, or beliefs that were different from those expressed by professors in class.

A majority of students – 54 percent – also said they often felt intimidated to express their views with peers who disagreed with them, while 44 percent said they did not feel intimidated.

Additionally, 52 percent of respondents said their professors “often” used class teaching time to express their own political and social views that are not related to course subject matter, while 47 percent said this did not occur often.

McLaughlin & Associates conducted the survey – on behalf of Yale University’s William F. Buckley, Jr. Program – between October 8 and 18. James Freeman – a director of the program – presented a preview of the survey’s results at the Wall Street Journal (WSJ).

“American academicians unfortunately appear to be just as political and overbearing as one would expect,” Freeman wrote. “This column isn’t old enough to remember when university faculty were thought to be conscientious adults in loco parentis. But perhaps the actual parents who write checks can someday find some way to encourage more responsible behavior.”

The WSJ assistant editor lamented what he calls a lack of a “healthy intellectual atmosphere” at schools where students should be able to hear and express differing views without fear.

He found it further disappointing that 59 percent of the survey’s participants agreed with the statement, “My college or university should forbid people from speaking on campus who have a history of engaging in hate speech.”

Freeman noted that while 60 percent of the students did not agree that “physical violence can be justified” to silence a person from expressing views defined as “hate speech,” the fact that a full one-third of college students could endorse violence in response to speech they deem “offensive” is still discouraging and a “threat to free expression on American campuses.”

“The free exchange of ideas is in danger on American campuses,” Freeman observed. “And given the unprofessional behavior of American faculty suggested by this survey, education reformers should perhaps focus on encouraging free-speech advocates within the student body while adopting a campus slogan from an earlier era: Don’t trust anyone over 30.”