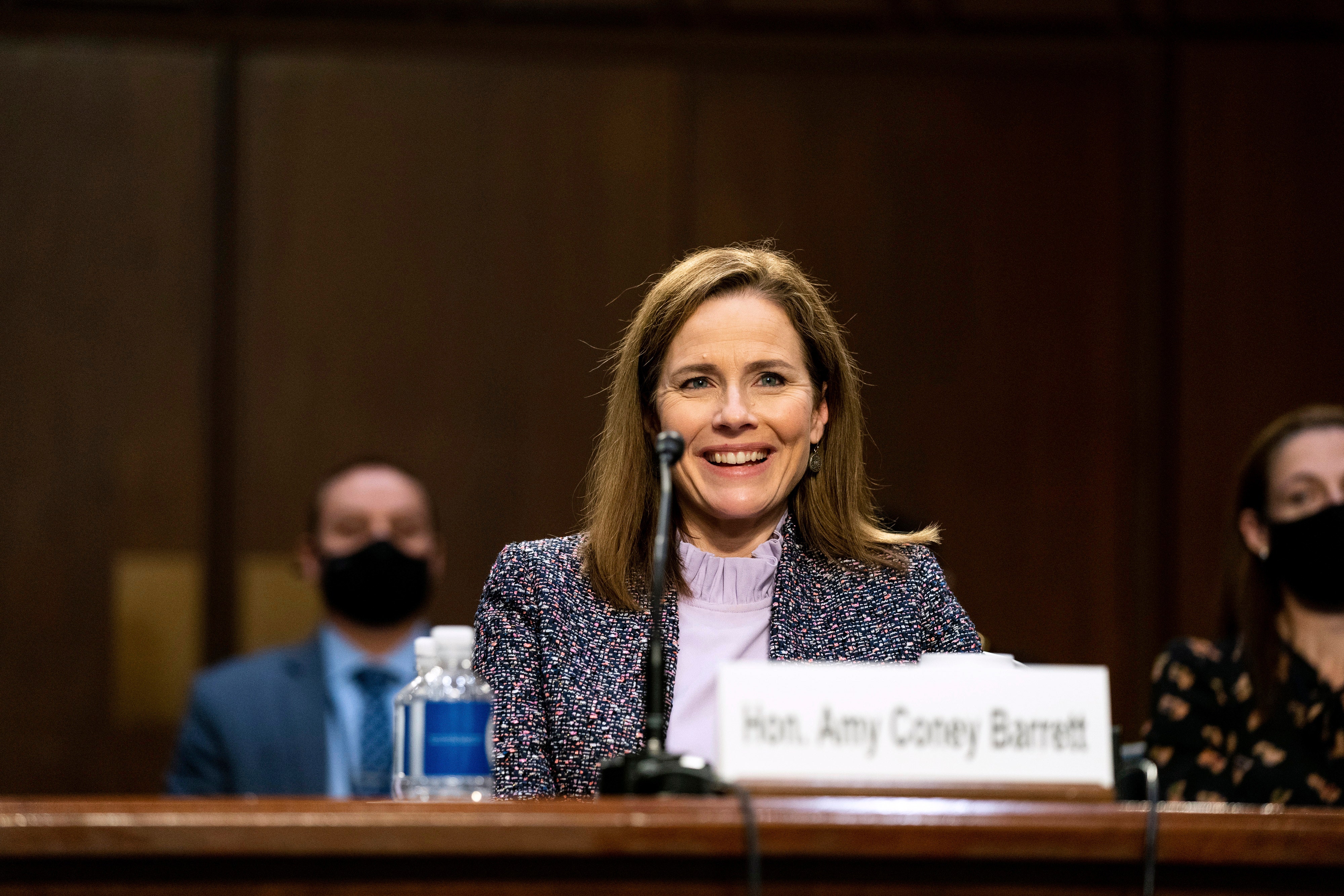 A new Gallup poll shows that a majority of Americans support the confirmation of Judge Amy Coney Barrett to the Supreme Court by a slim margin.

The poll, released Tuesday morning, revealed that 51% of participants said they are in favor of President Trump‘s latest nominee joining the high court, compared to 46% who are opposed. Just 3% said they do not have an opinion on the matter, the lowest number since Gallup started taking polls on Supreme Court nominees.

The poll was taken from Sept. 30 – four days after Trump nominated Barrett – to Oct. 15, the final day of her confirmation hearing.

The Senate Judiciary Committee is scheduled to vote on Barrett’s nomination on Thursday. The full Senate will then hold a vote on whether to confirm her to the Supreme Court. Senate Majority Leader Mitch McConnell tweeted Monday that he will make sure the process moves forward swiftly.

“Last week, Judge Barrett proved she has the deep legal expertise, judicial temperament, and intellectual horsepower that Americans deserve to have on the Supreme Court,” McConnell said. “The Senate will turn to her nomination as soon as it comes out of committee later this week.”

A New York Times poll taken from Oct. 15-18 also touched on Supreme Court issues. Of those polled, more supported Barrett than opposed, with 44% in favor, 42% opposed, and 14% undecided. On the issue of whether the Senate should vote on Barrett’s confirmation before the election, 47% said yes compared to 39% who said they should wait and see if Trump wins in November.

The same New York Times poll also addressed court packing, specifically whether Democrats should increase the size of the Supreme Court if Barrett is confirmed and Biden wins the election. Of those polled, 58% were against doing this, while 31% were in favor.

A Fox News poll from Oct. 3 – Oct. 6 showed that 41% of likely voters opposed expanding the Supreme Court, with 39% in favor. On Barrett’s confirmation, 49% said they would confirm her, compared to 45% who would not.