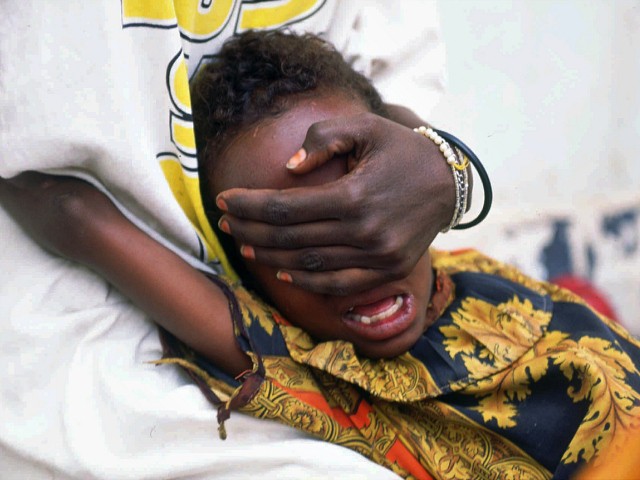 Bristol Council has deliberately rolled back attempts to tackle Female Genital Mutilation (FGM), leading to a 95 percent crash in the number of referrals, after claims they were “over-policing” the Somali community.

An FGM safeguarding group for the city – England’s tenth-largest – which works with the council and police altered guidelines for referring girls suspected of being at risk of the grim practice this summer, Bristol Live reports.

The guidelines are intended to aid people such as teachers when deciding if they should refer a girl to authorities for a safeguarding assessment.

The move was made after a high-profile attempted prosecution of FGM in the city collapsed in February when the judge claimed medical evidence was inconclusive.

The Somali-origin father had allegedly admitted to allowing his seven-year-old daughter to be cut on the clitoris to stop her feeling “sexy”, but the judge said witnesses were “inconsistent”.

Members of the Somali community later attacked campaigners and professionals, claiming they had taken an “aggressive and oppressive” approach to tackle the gruesome crime.

The credibility and integrity of this organisation has been questioned after FGM collapsed case in Bristol.
The sad thing is that ‘professionals’ are still lining up for their ‘brain washing’ workshops.
Remember their stories are one of many.
Make sure you listen alternative ones https://t.co/njU2Ktvl4p

FGM has been illegal in the UK for 33 years, but there has still not been a single prosecution, despite 4,495 new cases recorded by medical staff just last year.

The group has decided to amend its referral guidelines following a review of 33 cases in January, she explained, saying new guidelines had been brought in over the summer.

Following the change, just eight girls were referred to children’s services in July, compared with 127 over the same period last year.

The group’s audit had only been conducted on selected children who were referred by schools in a limited area, she claimed.

“While proportionate intervention is the right way forward, we need to ensure girls and young women are protected, which can be a finely balanced judgement,” she said.

However, Labour councillor Asher Craig, who is of African origin herself, welcomed the massive fall in referrals, claiming FGM had been “over policed” in the Bristol’s Somali community.

“I am glad to see that the numbers have come down as a result of the changes,” she said.