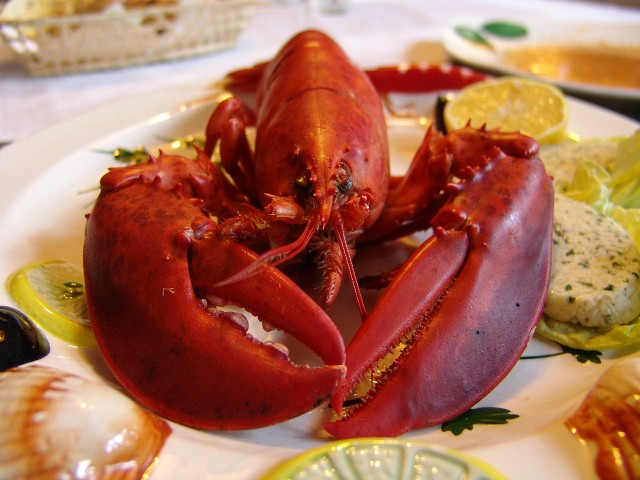 The Main Department of Health and Human Services is shutting down attempts by Charlotte’s Legendary Lobster Pound to relieve trauma to lobsters by getting them high before they are killed.

Owner Charlotte Gill claims that she and her employees have successfully calmed lobsters before killing them by pumping marijuana vapor into the water in their holding tanks. “It’s still a very alert lobster, but there’s no sign of agitation, no flailing of legs, no trying to pinch you,” Gill said. “So calm, in fact, that you’re able to freely touch the lobster all over without them trying to strike at you or to be aggressive in any way.”

And while growing marijuana is legal in Maine — and Gill is doing so herself — this practice is not. Department of Health and Human Services spokesperson Emily Spencer told the New York Times that health inspectors “would treat food served to consumers at licensed eating places and affected by marijuana, as has been described with this establishment, as adulterated and therefore illegal.”

Gill has defended the approach, saying that employees tested after consuming the lobsters had no trace of the drug in their urine. But Northeastern University Professor of Marine and Environmental Sciences and Biology Joseph Ayers told the paper that the sedation was unnecessary because lobsters cannot actually feel pain.

“They’re much simpler than insects,” he said “They can’t report. This is really from the perspective of how we expect verification from humans. You’re probably never going to get that from a lobster.” When asked whether he thought the lobsters could actually get high on weed, Ayers simply responded, “who the hell knows?”