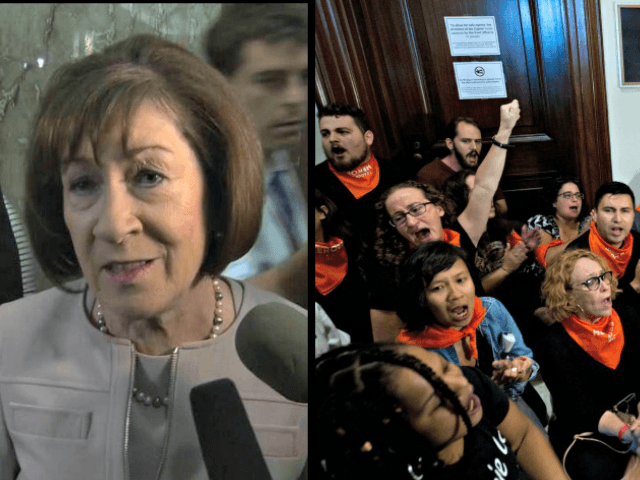 Sen. Susan Collins and her staff continued to suffer bullying and death threats after announcing her decision on Friday to support confirmation of Judge Brett Kavanaugh to the Supreme Court.

In an interview with Breitbart News Saturday, Maine Republican Chairwoman Demi Kouzounas told host Matthew Boyle that Collins and her staff had been physically threatened, sent vulgar messages, and had bizarre things sent to them in the mail.

“The vulgarity is unbelievable … things like ‘I hope you’re raped. I hope that you’re stuck with an unborn baby from a rapist,’ … I mean who says these things? And where is the respect?” she said.

“Who says these things?” Kouzounas asked with disbelief, pointing out that Collins stood strong against the mob

“Even though she was bullied, and had aggressive pressure put on her, she didn’t crack, she basically stuck to a process and I think delivered a speech that I think every Republican and many Democrats and independents are thrilled with,” she said, praising Collins.

Activists also sent Collins 3,000 coat hangers, accusing her of sentencing women to back-alley abortions as a result of her support for Kavanaugh.

“That’s totally disrespectful … It’s been a bullying type of rhetoric out there,” Kouzounas said.

She suggested that the attacks from the left were turning off more independent voters and even Democrats.

“They don’t seem to understand this crazy left-leaning rhetoric out there,” Kouzounas said.