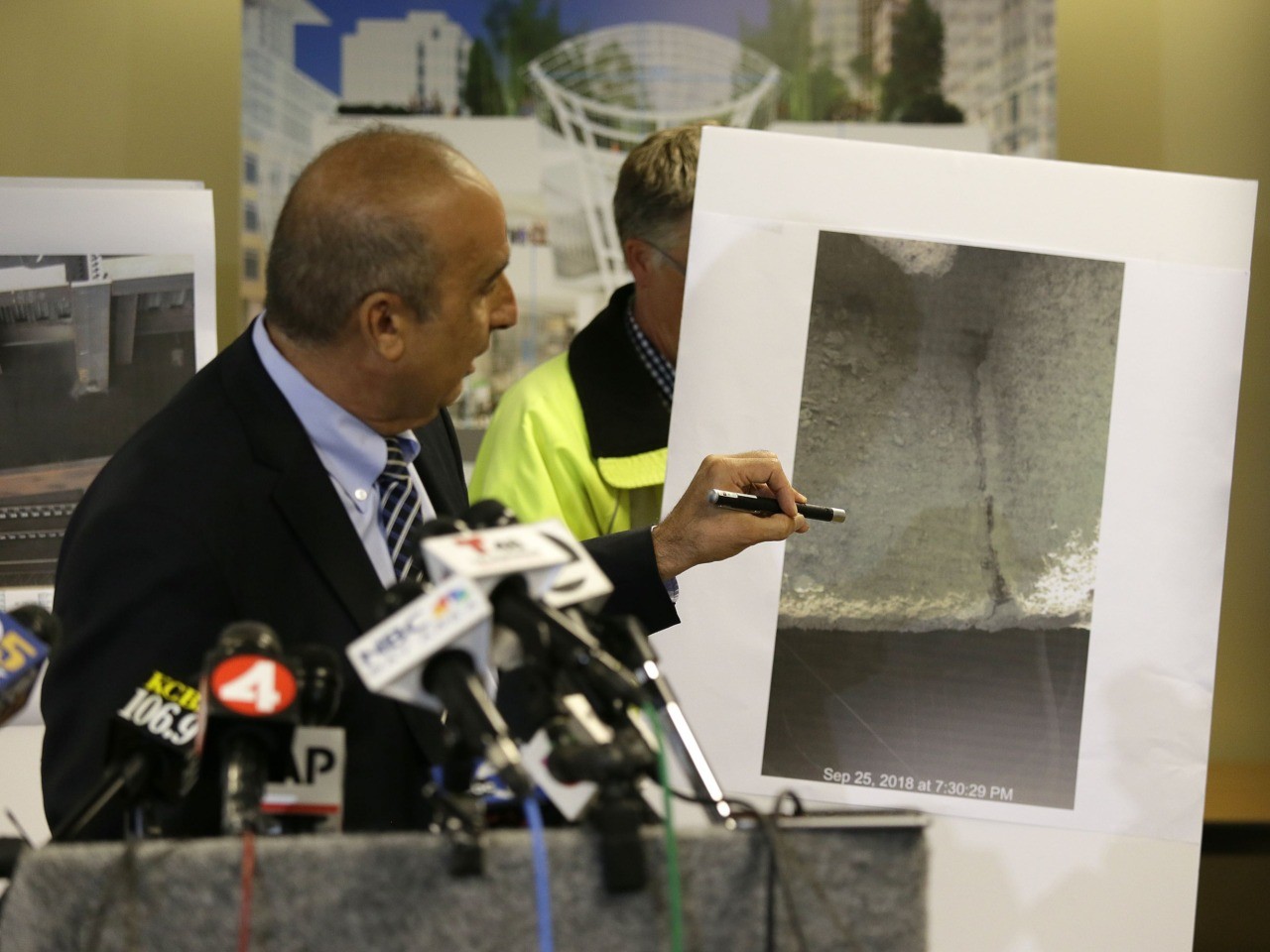 The three-city-block terminal that was designed to handle 100,000 riders a day as a northern terminus for the California High-Speed Rail was dubbed the “Grand Central Station of the West” when it opened August 10.

But the stress crack is just the latest trouble for the $8 billion redevelopment project, which is owned by the Transbay Joint Powers Authority (TJPA) as a partnership of San Francisco, Alameda-Contra Costa Transit Authority, and Caltrain.

Workers installing ceiling panels in the third-level underground bus depot at about 10 a.m. discovered a 6.5-foot wide crack in a main steel beam supporting the massive 5.4 acre raised rooftop garden. The terminal was evacuated and traffic cordoned off by 4:30 p.m., causing an epic traffic jam, according to SFGate.com.

The city was already reeling from a July decision by San Francisco Superior Court Judge Curtis Karnow that the TJPA, formed in 2001, was responsible for paying the legal fees of the homeowners’ association in the adjacent 58-story Millennium Tower condominium project for alleged liabilities due to excessive settlement that is blamed for window cracking and a disturbing 18-inch building tilt, according to Curbed.

Most of the 161-condo units were sold to celebrities, tech executives and professional athletes for between $1 million and $12.6 million when the Tower opened. But by 2016, residents were appealing the tax collector’s assessed valuations for the leaning property as only worth $0 and $2, according to the San Francisco Examiner.

Curbed reported that TJPA signed a 2009 easement agreement to begin the Transbay Transit Center that fully indemnified Millennium Tower developers, employees, agents, and successor condo owners “against all claims, expenses, and liabilities of whatever kind or nature, which arise from the occupancy or use of the easement area” as a result of any construction under and around the building.

The City of San Francisco is already embroiled in an ethics scandal regarding building permits after the city attorney filed a lawsuit on September 20 against the engineering firm of Santos & Urrutia Associates Inc. for alleged fraud and other complaints.