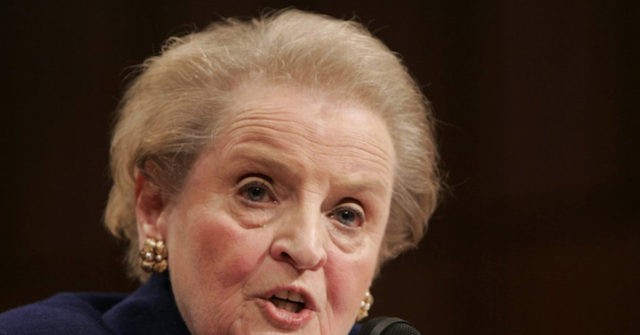 Mitchell asked, “Your reaction to the way the president joked about that question? It was a serious question. Are they going to discuss election interference?”

Albright said, “Well watching it, I’m appalled. And the fact—frankly, the G-20 is a serious operation and an important institution that’s supposed to be dealing with economic and financial problems. And the president of the United States is using it to insult our allies and make jokes with somebody that is trying to undermine the American system of democracy, as well as really militarize information in Central and Eastern Europe. I find that appalling.”