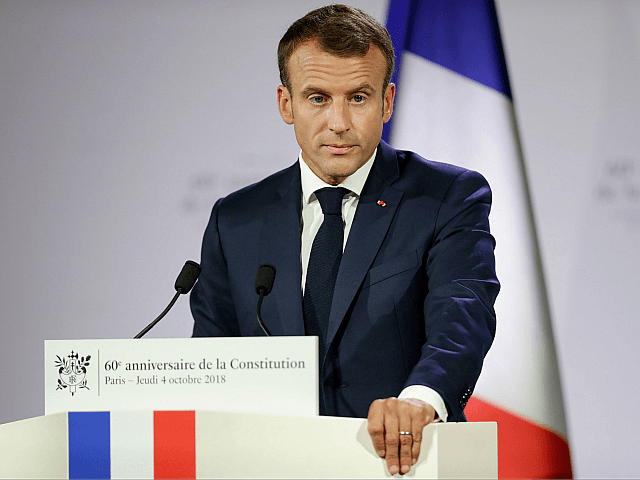 French President Emmanuel Macron told a woman who was concerned about cuts to her pension that she should follow General Charles de Gaulle’s example and stop complaining.

Deemed the “president of the rich” by critics, President Macron made the comments whilst at a ceremony marking the 60th anniversary of the French constitution in de Gaulle’s home village of Colombey-les-Deux-Eglises, north-east France, on Thursday, reports Le Monde.

The President told the woman: “The general’s grandson just told me that his grandfather’s rule was: You can speak very freely; the only thing we do not have the right to do is to complain.”

“I think it is a good practice, in general. The country would stand differently if it were like that,” he added.

He scolded the woman further, saying that she should consider herself “lucky” to be living in the France of today compared to past generations.

“The French only see what’s being taken away from them,” he added.

Macron’s government imposed increases on social security contributions from pensioners to compensate for the removal of unemployment and sickness contributions for private employees, prompting protests with retirees saying they have felt “betrayed by the nation”.

Nicolas Bay, French Member of the European Parliament and General Secretary of National Rally (formerly Front National) condemned Macron, saying: “Instead of listening to the French, Macron holds them in contempt. When he’s abroad, he criticises them openly. And when he meets them in the street, he upbraids and mishandles them.”

Macron, 40, who is said to have determined at the beginning of his presidency to rule like a Roman god, has fallen sharply in public opinion, with an Elabe poll finding support for the president at just 30 percent, with 66 percent saying they did not trust him.

Another poll, conducted by BFM television, found that 71 percent of Frenchmen think that he is arrogant and 79 percent see him as authoritarian.

The progressive politician, who formerly was a member of the Socialist party before forming his own En Marche! (“Forward!”) movement, told Bloomberg in a recent interview that public opinion does not matter to him as he has to “reform the country in depth” regardless of whether it is unpopular with voters.

While laying a wreath at de Gaulle’s tomb on Thursday, he praised France’s presidential system in words which appeared as a condemnation of populism and the uprising of citizens against the establishment which no longer serves them, saying: “It allows me to avoid the tyranny of immediacy, which is an absurdity of our times, which means day-to-day vagaries should not decide a nation’s course.”