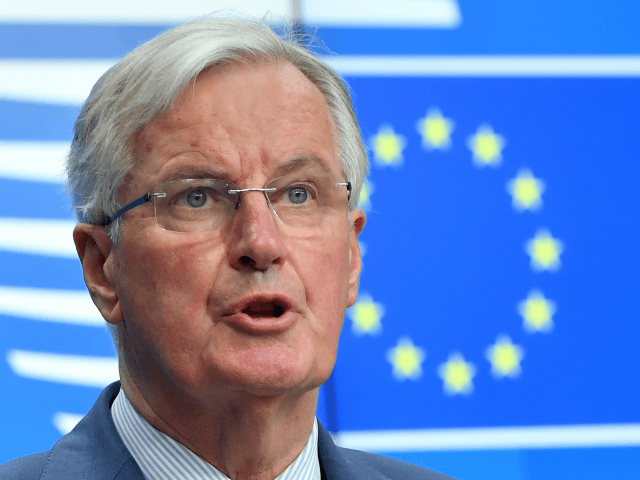 Globalist censorship enthusiast Michel Barnier has “great” qualities to be the next president of the European Commission, according to Emmanuel Macron.

Commenting on rumours that the EU’s lead Brexit negotiator has been running a shadow campaign to win the bloc’s top job, as something of a ‘compromise’ candidate, the French president was generous with praise about Barnier.

“Undeniably, Michel Barnier is a man who has great qualities and he demonstrated this once again in the way he handled negotiations with the British,” he said, speaking with Belgian media at the weekend.

The veteran Eurocrat is “one of the European leaders who have eminent qualities and can be on the list [of candidates to lead the Commission],” Macron told Le Soir’s Wednesday edition, adding that Barnier ticked all the right boxes as someone with  “experience at the highest governmental level or European Commission level”.

Barnier, who represents the neoliberal European People’s Party, is not officially a contender to be the next EU leader, with the EPP having picked Manfred Weber — who Politico points out lacks the experience to fit the description laid out by Macron — as the nominally centre-right grouping’s choice for Commission chief.

However, the former financier told the newspaper that he did not “feel bound by” the spitzenkandidaten — or lead candidate — process, which is not legally binding but would see the European Council automatically nominate the spitzenkandidaten of whichever party wins the most seats at this week’s EU elections to be Europe’s next leader.

EU’s Barnier Demands Britain Pay Up £39bn Even in ‘No Deal’ Brexit https://t.co/aLhWSVSDz4

An arch-globalist like Macron, Barnier’s political positions are much closer to those of his fellow Frenchman than to the German Weber, who — while having ruled out any cooperation with patriotic Eurosceptic parties in Europe — is moderate on immigration compared to the lead candidates for left-wing parties and those in the so-called centre.

Barnier, meanwhile, as previously reported by Breitbart London, has consistently denounced opposition to mass migration in Europe as “extremist[s] … seeking to retreat behind national borders”, and has also lauded “mobility of peoples” from the third world to Europe as essential to “human progress”, citing ‘Arab mathematicians’ working at universities in Germany during the 16th century as “evidence” to this effect.

Despite studies from across the continent confirming third world migration is a major drain on taxpayer-funded resources, with newcomers and their descendants overrepresented in crime and unemployment rates, the then-European Commissioner for Internal Market and Services in 2011 proclaimed that Europe “needs” mass immigration “to guarantee the sustainability of our welfare systems… the dynamism of our economy [and to] help us ensure our own security”.

In addition, Barnier was expressing support for banishing anonymity and for purging “intolerant” opinions and websites from the world wide web as early as 2004 when he was French foreign minister.