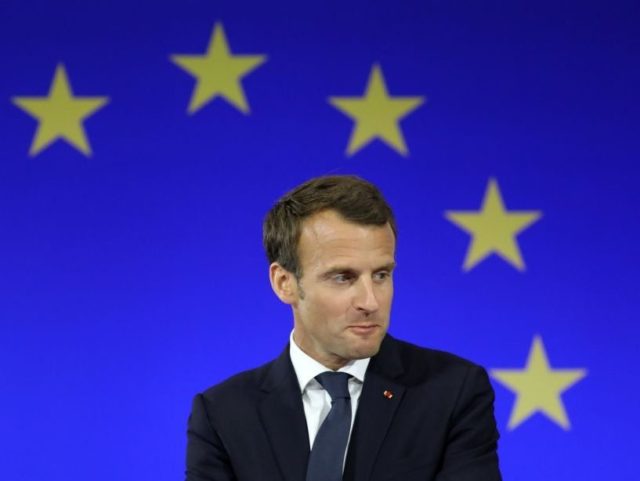 The approval ratings of Emmanuel Macron continue their freefall according to new polling figures which show support for the French president has plunged to a new low this month.

The Ifop-Fiducial survey, carried out for Paris Match and Sud Radio, found the globalist premier’s popularity slumped 6 points last month, falling to its lowest ever level of 23 per cent in December.

With nearly eight in ten voters unhappy with the president, Macron has seen his approval ratings drop dramatically since he took office in May 2017, when the first Ifop poll found that 66 per cent of French voters approved of his performance as president.

The proportion of respondents who expressed strong disapproval has increased sharply in the last 12 months to 50 per cent amongst the 1,004 people surveyed for December 2018, compared to 27 per cent of people polled at the same time last year.

According to Paris Match, the figures reveal “growing hostility” towards Macron and his “chaotic management” of some of France’s worst riots in half a century, which has seen three weeks of protests against punishing fuel tax hikes the globalist leader alleged were necessary ‘to wean the French people off fossil fuels’.

Despite increasing unrest at some of the demonstrations, polls have shown the Gilet Jaunes (Yellow Vests) movement still enjoys wide support from a majority (72 per cent) of the French public.

On Tuesday, the government announced a six-month suspension of the deeply unpopular fuel tax rise, but representatives of the demonstrators say the move is not enough, demanding Macron scrap entirely the green-inspired measures designed to push up the cost of living for ordinary French workers.

Despite struggling for approval just on the domestic political scene in France, the president continues to promote himself as a leader of the European Union as a whole, recently declaring he would block an EU trade deal with Brazil if the country pulls out of the Paris accord.

On a visit to Berlin last month, Macron asserted that France and Germany, led by himself and Chancellor Angela Merkel, respectively, have the “responsibility” of building towards an EU superstate in which member nations are forced to surrender sovereignty on “foreign affairs, migration, and development” as well as “an increasing part of our budgets and even fiscal resources” to Brussels.