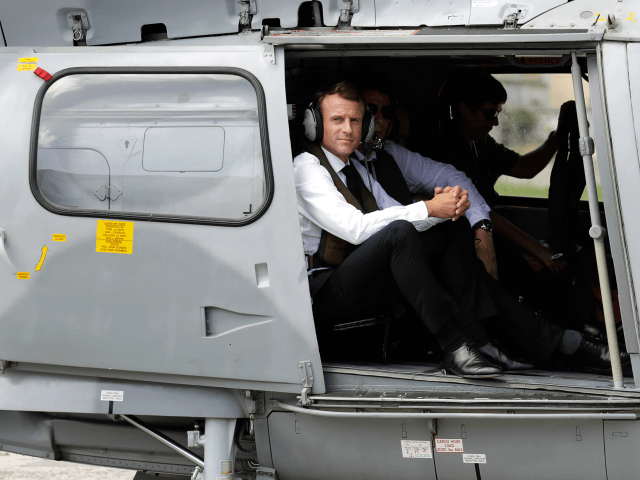 French President Emmanuel Macron was not only present at the Élysée Palace during “Act IV” of the Gilets Jaunes (Yellow Vests) protests but had a helicopter on standby to escape in case protesters broke in, according to reports.

The French leader fortified the Élysée Palace last Saturday with an unprecedented amount of security, including 500 republican guards, around a hundred police and gendarmes armed with water cannons, and other anti-riot measures, Le Dauphine reports.

Should the protesters have managed to storm the Élysée and get past security, President Macron is also said to have had a helicopter on standby to evacuate him and others in what could have echoed the escape of former Romanian president Nicolae Ceaușescu, who fled a popular uprising by helicopter during the collapse of his Communist regime on December 22, 1989.

Witnesses at the Élysée last Saturday described the French leader as “like marble” in front of the protests that not only saw high levels of violence in Paris but also in other French cities like Toulouse and Bordeaux.

The protests have put the French president on the back foot for the past several weeks and have continued even after the government agreed to the initial demand of cancelling a tax hike on fuel.

Earlier this week, Macron offered several more concessions including a 100 euro per month increase in the French minimum wage and several tax breaks such as making overtime work tax-free and calling for companies to give employees year-end bonuses that would also not be taxed.

Despite the new policies, which are likely to take France over the European Union’s three per cent of GDP deficit limit, many have called for the protests to continue including far-left France Insoumise (Unsubmissive France) leader Jean-Luc Mélenchon who said, “To the indignation of the large number against the fact that some have everything and others nothing, the president thought that a distribution of money would suffice to calm the current citizen uprising.”

The sentiment has carried over to the French public, with a recent poll showing 54 per cent of French saying the protests should continue as the country braces for “Act V” on Saturday.