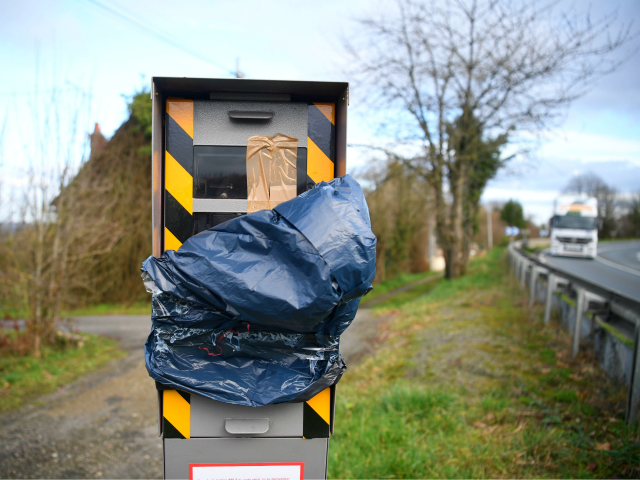 “I saw on social networks some idiots appear next to burned radars… I do not wish them to face tomorrow the reality of a death on the road,” he seethed, vowing “resolute action” by the Gendarmes — France’s paramilitary police force.

Many Yellow Vests, whose protests grew from an objection to a “green” tax on fuel — now abandoned — which was seen as falling disproportionately on the non-metropolitan working class, see the country’s thousands of speed cameras as part of a “racket” designed to generate extra revenue for the state rather than preserving life, especially since the speed limit was dropped to 50 miles per hour on many roads in 2018.

They did indeed raise over a billion euros in fines in 2017, according to the Court of Auditors, and were expected to raise significantly more in 2019.

Most are disabled with paint, tape, or other coverings rather than by burning, but Castaner is adamant that they are “fools, unconscious, inconsequential, when they think that a trophy, a victory, would be to burn a radar”.

The Macron government is expecting another round of large-scale protests by the Yellow Vests over the coming weekend, with Prime Minister Edouard Philippe confirming  80,000 police and gendarmes will be deployed on Saturday, including 5,000 in the capital of Paris.

“This daily violence which is carried out by these extremists… we fear, we anticipate and we will punish,” Castaner vowed.