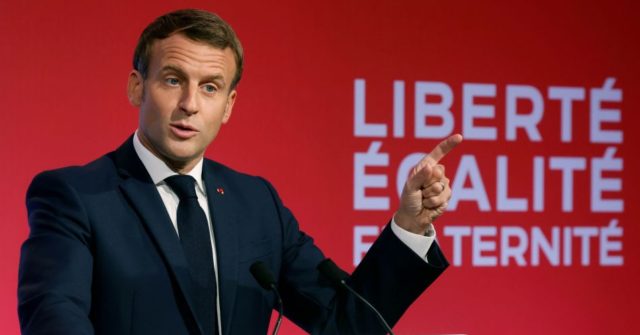 Emmanuel Macron has been attacked for “Islamophobia” by the Turkish government in the wake of his announcement that France will ban homeschooling to ‘protect children from religion’, as part of plans to combat so-called “separatism” in the country.

In a speech highlighting some of the problems France has had with “radical Islamists” in recent years, the French president cited the example of an unregistered religious school where Muslim children were taught mostly just prayers and the Koran, by women wearing niqabs.

Speaking to an audience in Les Mureaux on Friday, a suburb near Paris where people of Arab and African ancestry reportedly make up the majority of the population, he disclosed that illegal schools, run by religious extremists, were being closed down every week by authorities in France.

“Confronted by these abuses which exclude thousands of children from education and citizenship, access to culture, our history, our values… I have taken a decision: from September 2021, instruction at school will be made obligatory for everyone from age three years,” declared Macron, adding that “instruction at home will be strictly limited to health reasons”.

While much of his speech was focused on ‘separatism’ promoted by some adherents of Islam, which he described as “a religion in crisis all over the world today that is corrupted by radical forms”, the globalist premier made clear that Christians would also be targeted by the radical education plans.

Proclaiming it to be “the republican melting pot”, Macron said French schooling is what “makes it possible for us to protect our children in a complete way from any religious sign, from religion”.

Calling schools in France “truly the heart of the space of secularism”, and where teachers “train citizens, not believers”, he alleged that they are the “place where we form consciences so that children become free, rational citizens, able to choose their own lives”.

Responding to the president’s speech, parents who homeschool their children vowed to fight plans to ban the practice, pointing out that Islamic terrorists who have attacked France over the years were not the products of homeschooling.

“I don’t understand: I hear about Islamism, about Koranic school. These must exist, but they really are not the majority. We are atheists for the most part and we have nothing against school,” said one mother, reporting that she and her husband were “in shock” at Macron’s announcement.

Gwenaëlle Spenlé, from the homeschooling association Children First, reported that government regulation of the practice has been repeatedly stepped up over the past two decades, “first under the guise of fighting against sects and today against religious radicalism”.

“We will not let this law pass through Parliament. We will fight to keep our children at home,” the mother-of-five said, vowing to mobilise other parents against the government’s plans.

The claim by President Macron that “Islam is in crisis” is a dangerous and provocative statement, encouraging Islamophobia and anti-Muslim populism. Blaming Islam and Muslims as a scapegoat for the failures of the the French Republic is a far cry from rational politics.

Some left-wingers and Muslims hit out at the proposed law as “racist”, and some criticism was international. The Cairo-based Al-Azhar Islamic Research Center blasted Macron’s speech for containing “false accusations against Islam”.

Demanding an end to “attacks” on the Islamic faith in order to prevent “hate speech”, the centre stated that “such racist statements are likely to inflame the feelings of two billion Muslims around the world”.

The Turkish government itself spoke out against Macron’s plan on Monday, with government spokesman Ibrahim Kalin accusing the French President of “encouraging Islamophobia”.

Mr Kalin said: “The claim by President Macron that “Islam is in crisis” is a dangerous and provocative statement, encouraging Islamophobia and anti-Muslim populism. Blaming Islam and Muslims as a scapegoat for the failures of the the French Republic is a far cry from rational politics.”

In addition to mandatory schooling and the ban on homeschooling, Macron announced a host of other measures aimed at tackling religious “separatism” including tighter controls over the funding of mosques and of associations with an Islamist ideology, and restrictions on foreign-trained imams.

“The country has been hit by Islamic terrorism since 2012 and we have progressively rearmed against this threat,” the president said in his speech, though he made sure also to blame ‘colonialism’ and housing policy for the problems of non-European migrant groups living in France.

The supposedly ‘centrist’ leader has made similar comments in the past, having previously insisted that violent crime, terror attacks, and soaring sexual assault rates in Europe were “not linked” to mass migration, and instead were the product of “discrimination” and inequality.