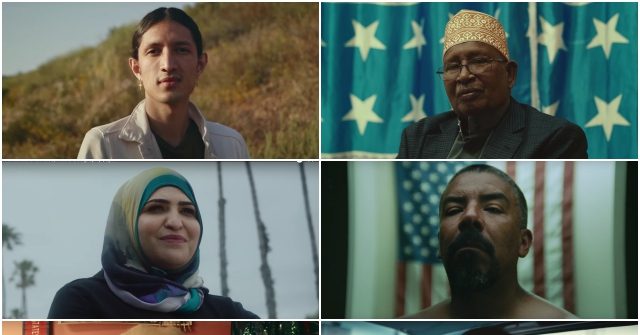 Ride-sharing corporation Lyft is celebrating the United States’ Independence Day by declaring that “America is an idea, not a geography.”

For the 4th of July, Lyft teamed up with the Refugee and Immigrant Center for Education and Legal Services (RAICES) — an open borders organization that is fighting President Trump’s crackdown on asylum — to plead with Americans to donate money to take “a stand for immigrant rights” and declared that America is not a home to Americans, but just “an idea.”

America is an idea, not just a geography. This Fourth of July, let’s celebrate the American values of inclusivity, freedom, and opportunity by embracing the many ways it means to be American. [Emphasis added]

Every one of us has a hand in defining what it means to be American. At Lyft, we celebrate this. A large number of both Lyft drivers and riders identify as immigrants and/or first-generation Americans, and it’s your stories that inspire us to continue to take a stand. Immigration is vital to the fabric of our cities where we live and work. Yet, we know every day, immigrant rights — including the simple right to live your life and be treated equitably — are being challenged. [Emphasis added]

This Independence Day, we’re asking our community of passengers and drivers to join us by taking a stand for immigration rights. [Emphasis added]

Lyft is promising that for every dollar donated by a Lyft customer to RAICES and its open borders cause, the corporation will match the donation up to $50,000 for the month of July.

The ride-sharing company will also be donating $150,000 in ride credits to support open borders organizations. As part of Lyft’s teaming up with RAICES, the corporation is also releasing a series of short documentaries, all labeled with the globalist mantra “America is an Idea, Not a Geography.”

In one short clip, two social workers help provide transportation and services for adult border crossers and their children who were released into the U.S. by the Department of Homeland Security (DHS).

As of June, more than 211,000 adult border crossers and illegal aliens have been released into the interior of the U.S. with the vast majority being dropped off by DHS officials in El Paso, Texas and San Antonio, Texas.

The overwhelming majority of border crossers and illegal aliens are never deported from the country once they are released into the U.S. Today, there are anywhere between 11 million and 22 million illegal aliens living across the country — the majority of which are concentrated in states like California, New York, Florida, Texas, and Illinois.