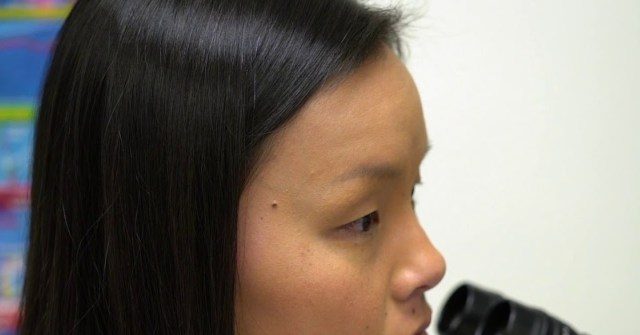 Lousiana State University Professor Alyssa Johnson tweeted this week that she will prevent students from registering for her courses if they engage in “hate speech.” Johnson’s tweet has received scrutiny from several First Amendment advocacy organizations.

According to a report by Campus Reform, a professor at Lousiana State University has come under fire over her claim that she would prevent students from enrolling in her biology courses if they had previously engaged in “hate speech.”

“If LSU won’t take action, we as professors can. Keeping a list of names and if I see them enrolled in my course, I will drop them,” LSU Professor Alyssa Johnson wrote in a since-deleted tweet. It’s not just free speech, it’s hate speech and it’s a threat to student safety.”

Nicole Neily, the president of First Amendment advocacy group Speech First, argued that Johnson’s tweet suggests that she wants to unlawfully discriminate against students on the basis of their beliefs.

“LSU is a public university, which means that they — and their employees — must uphold the First Amendment,” Neily said. “They cannot discriminate against students based on the content of their speech… which is exactly what this professor has called for!”

The Foundation for Individual Right in Education (FIRE) reminded Johnson in a short statement that there is no “hate speech” exception to the First Amendment.

“Professors taking action against students based on the student’s extramural comments is not protected. FIRE has repeatedly explained that there is no hate speech exception to the First Amendment,” FIRE said in a short statement.

Breitbart News reported in June 2017 that students at Louisana State University were arguing that the university’s tiger mascot is “racist” and a sign of “white privilege.”

“Louisiana State University named their mascot the Tigers, and they named it during the height of Jim Crow South. This was a time when black men feared for their lives, and were treated as sub human,” a student petition read. “This symbol is the most prevalent Confederate symbol in the United States.”