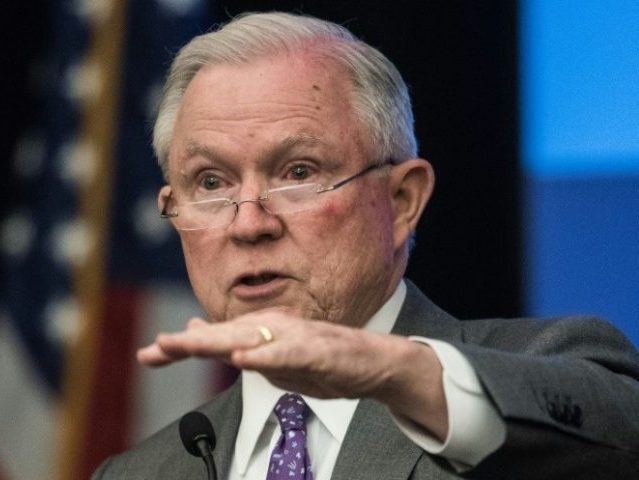 “I think it’s an antitrust issue,” he continued. “I think the companies are too big and they need to be broken up.”

SiliconValley.com reported that Landry “or another high official from his office will next week present the break-up proposal to Sessions.”

Sen. John Kennedy (R-LA) agrees with Landry.  According to the Advocate, Kennedy said, “I agree that the Department of Justice should look at this issue. I’m a free market, private sector guy, but Facebook and Google aren’t companies. They’re countries.” During Facebook CEO Mark Zuckerberg’s hearing before the Senate, Sen. Kennedy told him, “your user agreement sucks.”

Sessions will be briefed by state attorney generals on Tuesday, who will “help Sessions decide if there’s a federal case to be made against companies such as Alphabet Inc.’s Google, Facebook Inc. and Twitter Inc. for violating consumer-protection or antitrust laws,” according to Bloomberg.

Both President Trump and his 2020 campaign manager Brad Parscale have repeatedly called out Big Tech companies and threatened them with investigation and regulation.

“I think that Google and Twitter and Facebook, they are really treading on very, very troubled territory and they have to be careful,” President Trump declared in August. “It is not fair to large portions of the population.”

The President also claimed the companies were “silencing millions of people,” and suggested they could be in a “very anti-trust situation.”

Parscale likened Big Tech companies to Big Brother from George Orwell’s dystopian novel Nineteen Eighty-Four, and described them as a “direct threat to a free society,” adding that, “arguably the worst offender is Google.”