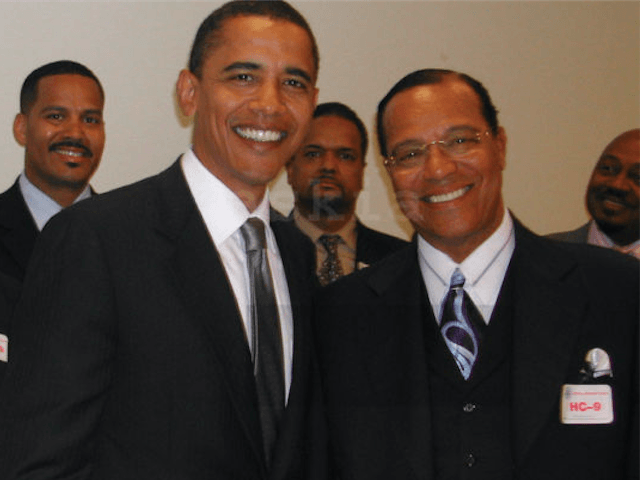 National of Islam leader Louis Farrakhan denied Wednesday that he ever led chants of “Death to America” while on a solidarity trip to Iran, claiming that he had merely asked how to pronounce the phrase in Farsi.

A video of Farrakhan saying “Death to Israel” at the University of Tehran was also circulated on social media.

In a press statement on the Nation of Islam website, Farrakhan slammed “misreporting in U.S., British and Jewish publications,” and explained that he was merely exercising free speech and engaging in dialogue with students. He also declared: “I am not and have never been an enemy to America, nor the people of America.”

I was invited to Tehran University to speak to students and engage in a dialogue with Iranian students. I was also invited to meet with other members of Iranian society for discussions about their concerns for their nation and concerns about world affairs, in particular the sanctions placed on Iran by President Donald Trump and his advisors.

I never led a chant that called for the death of America or Israel, contrary to misreporting in U.S., British and Jewish publications and the intentional, malicious and false reinterpretation of my words. There is nothing more important than truth today. The truth of anyone and anything is enough to condemn any individual or institution. But to make media mischief by altering my words from their places is a betrayal of the right to free speech, the blessing of a free press and a violation of the people’s right to know. It is wrong and shameful that journalists and news organizations that should seek the truth would traffic in such lies.

I never led a chant calling for death to America. To say otherwise is a blatant falsehood and an attempt to paint me as an enemy in a very dangerous time as tension rises between America and Iran and nations around the earth reject unjust sanctions and heavy-handed U.S. foreign policy. I asked a question about how to pronounce the chant in Farsi during my meeting with Iranian students and an examination of the video shows just that. My point was to engage students in a talk about what gives a nation perpetuity versus that which undermines and destroys a nation. Evil, falsehood and violation of divine law doom nations to destruction, and the holy books of the world’s three greatest monotheistic religions warn us of such. So if Iran is moving as a nation to obey God’s law, to respect and educate women and to pursue righteousness, she is on a right course. And, if America has violated the principles of life, liberty and the pursuit of happiness for the indigenous people and destroyed them, and if she has done the same for the Black and the Poor, America has not only violated Constitutional principles, she has disobeyed divine law and stands to be judged by God for her wrongdoing. And, American democracy, unfortunately, has always leaned toward and protected the interests of the White, the Rich and the Powerful.

Farrakhan also linked to his statement via Twitter, which has refused to ban him despite his bigoted statements — even though it has banned other users for far less (or, in some cases, for unexplained reasons).

Farrakhan has been closely allied with leading Democrats, including Rep. Maxine Waters (D-CA), now the likely incoming chair of the House Financial Services Committee since Democrats won the U.S. House on Tuesday.