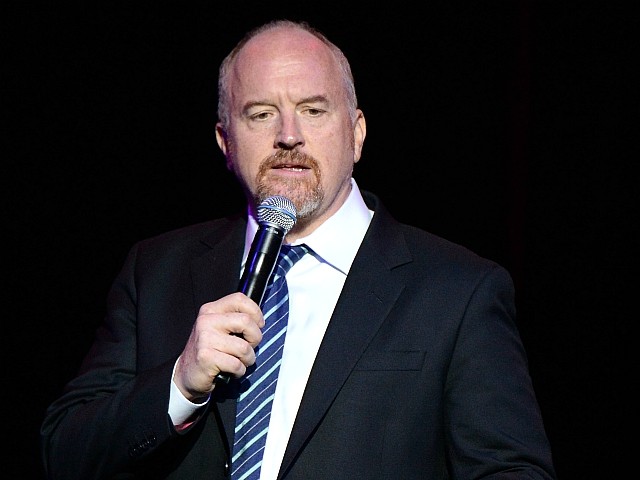 The protesters posed questions with signs asking “Does this sign make you uncomfortable, Louie?” and made statements to prospective audience members: “When you support Louis C.K., you tell women your laughter is more important than their sexual assaults and loss of their careers.”

According to New York Times culture writer Sopan Deb, C.K.’s performance referenced his professional troubles in the wake of multiple allegations of sexual misconduct — many of which he has confirmed. The comedian asked the crowd how their year was, and also made a joke about needing the money after losing $35 million in a day.

Well, I’m out of the show! Dispatch coming tomorrow. Basics: Louis started his set with “How was your year?” Said he was there to tell jokes because he needed an income. He added that he lost $35 million in one day. Similar to his other recent sets.

“Frankly, I was furious,” one protestor told the paper. “Every female comedian he has harmed deserves a place on the Comedy Cellar stage one hundred times before he should be allowed back on the stage.”

Louis C.K. has faced massive financial and social backlash after admitting the numerous allegations that he masturbated in front of women were true. After less than a year off the stage — and no other sign of remorse — he is back in the saddle. General audiences seem to be responding positively to his reappearance, but it remains unclear how long this elephant in the room will be joining him behind the microphone.