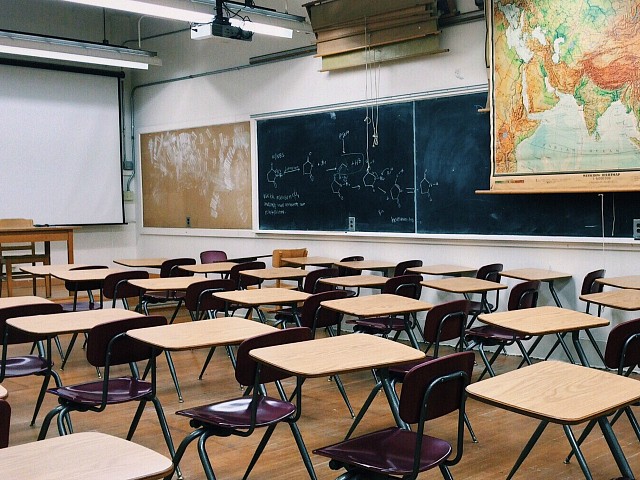 Los Angeles public schools will be hit by a massive teachers’ strike this week, as the teachers’ unions attempt to make the L.A. Unified School District bow to its demands for higher wages and more teachers.

On Friday, U.S. District Judge Ronald S.W. Lew ruled that the district could not block the teachers from striking due to concern for the welfare of special education students.

The union celebrated the judge’s ruling, according to the Los Angeles Times. Parents across the city are now bracing for the strike, which is scheduled to start on Thursday — causing the maximum disruption possible to families after the winter holiday break.

The Wall Street Journal‘s Allysia Finley noted in an op-ed on Saturday:

The district’s looming financial crisis is a simple math problem. State funding is tied to enrollment, which is shrinking. Yet the district’s fixed costs are growing. Retirement benefits make up about 15% of district spending, nearly 50% more than in 2013. The district is spending $350 million annually on retiree health benefits, which would be enough to award each teacher a $10,000 raise.

In 2012, as stocks and capital gains were rising, California voters approved a tax hike on high earners. State spending per pupil has increased by 65% since then, allowing LAUSD to avoid tough financial decisions and give teachers a 10% raise in 2015. The district even built a $1.8 billion reserve. But LAUSD is now burning through cash so fast that it could become insolvent within three years. This prompted the county to warn last fall of a possible takeover. If a district runs large deficits, state law requires counties to intervene.

Enter Alex Caputo-Pearl, the teachers union president, who is pushing the district to increase spending by hundreds of millions of dollars annually in a new collective-bargaining agreement with teachers. Topping the union’s many demands are a 6.5% raise, reduced class sizes, and additional support staff. The union also wants the district to lobby state lawmakers to limit charter-school growth.

The Journal also notes that the teachers union is desperate to flex its muscle after last year’s Supreme Court decision in Janus v. AFSCME, which prevents public sector unions from forcing non-members to pay dues.

The losers in the dispute: the children, who are underserved by a district that already struggles to meet basic educational standards; and the working poor, who have few child care options when children are not in school.