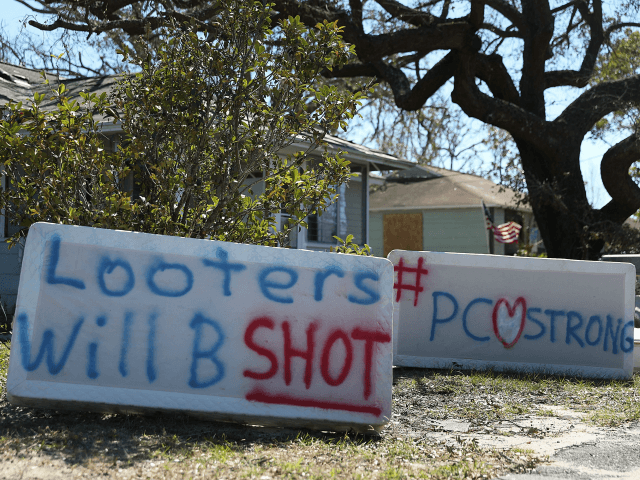 A looter trying to steal a police car was shot and killed by a Florida State Fire Marshall in Panama City.

WPMI quotes witness Landon Swett, who said the suspect told him he was looting then “opened the door to the police officer’s SUV with the lights going, got in it and shut the door.”

Swett moved his family away from the scene to keep them safe and looked back to see that an official was sitting in the passenger side of the SUV. Swett said, “Then…I heard the shot.”

The Florida State Highway Patrol indicates the suspect was shot by a Florida State Fire Marshall. The identified suspect died from his injuries.

Their warnings were echoed by South Carolina Gov. Henry McMaster, who said looters would be shown “no mercy.”