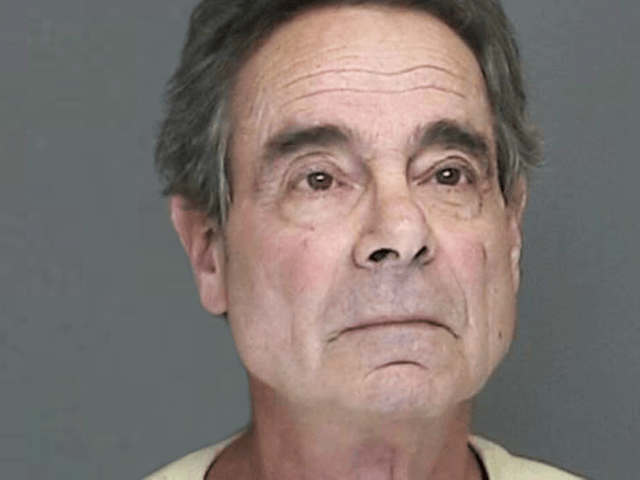 Ronald DeRisi, 74, was arrested early Friday morning for threats against two of the United States Senators who supported Kavanaugh’s nomination.

In a September 27th voicemail, DeRisi claimed he had a “present” for one of the senators: “It’s a 9 millimeter. Side of your fucking skull, you scumbag motherfucker.” He concluded the message with “Yeah, Kavanaugh – I don’t think so.” Another recorded call to the same Senator was significantly more verbose:

We’re tired of this guy sucking taxpayers’ money! Getting a free fucking ride! How many more years you gonna do it? None! He’s a dead man! 9 millimeter, side of the fucking head! If fucking Kavanaugh gets in, he’s dead fucking meat! Actually even if Kavanaugh doesn’t get in he’s dead fucking meat. 9 millimeter, side of the head, you fucking old bastard.

On October 6, DeRisi targeted a second Senator. “I’m gonna get you,” he said, “you better pray this guy don’t get in.” Two minutes later he followed with another message: “Tick-tock, tick-tock, tick-tock.” After less than an hour, he fired a parting shot. “Listen, you dumb son of a bitch, don’t you know that guy’s a sex offender? How could you not know that… you fucking twit.”

According to the New York Post, “DeRisi previously pleaded guilty in Nassau County” to a separate count of “aggravated harassment, for repeatedly calling [someone’s] office more than 15 times, and leaving threatening voicemails.”