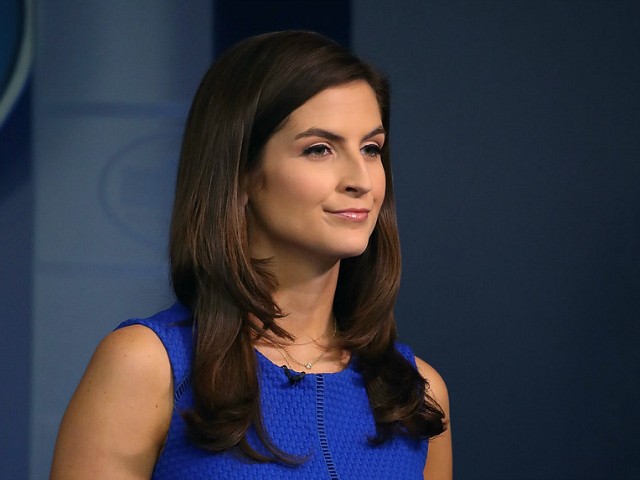 The Log Cabin Republicans are calling out CNN White House reporter Kaitlan Collins for some anti-gay tweets she posted in 2011.

The pro-gay Republican group shed light on the tweets Sunday evening, particularly highlighting a July 20, 2011, post in which Collins replied to a tweet using the word “fag” and another post from June 8 of that year saying, “Idk if I wanna room with a lesbian”:

Collins apologized for her “ignorant” and “immature” remarks Sunday evening shortly after the posts surfaced, defending what she said was just “a few tweets to my friends”:

When I was in college, I used ignorant language in a few tweets to my friends. It was immature but it doesn’t represent the way I feel at all. I regret it and apologize.

The tweets, and her apology, caused a backlash among several Republicans who say CNN is hypocritical for not calling out its reporter over her past tweets while hammering President Donald Trump on past comments from years ago:

.@kaitlancollins hammered the President in 2016 over his access Hollywood tapes.

Now, her old tweets have surfaced. This must be her version of locker room talk.

Instead of saying, I said, I meant it, she claims it was ignorant comments and that she didn’t mean it. pic.twitter.com/GthXGGblrV

If a Fox News host used that same kind of homophobic language, your network would tar and feather them. But you’re safe because of liberals’ double standards.

Brett Kavanaugh farted and drank beer in high school, and y’all tried to bury him. Karma is a bitch, isn’t it?

The 26-year-old reporter, who used to work at the Daily Caller before becoming a White House correspondent for CNN in 2017, was also in the news this week when she asked President Trump a question about Supreme Court Justice Brett Kavanaugh at a press conference about trade.

Despite the backlash from Republicans, several people — including at least one CNN employee — backed Collins up.

Matt Dornic, CNN Worldwide’s vice president of communications and digital partnerships who is also openly gay, tweeted Sunday evening that he was “disappointed” at her past tweets but said the posts do not represent “her feelings towards the LGBTQ community” and called her a “proud friend”:

I’m a proud gay man. And I am a proud friend of @kaitlancollins. Tho I’m disappointed that she ever used the word (even as an immature college kid), I can say with certainty it doesn’t reflect her feelings toward the LGBTQ community. She’s apologized and I accept that.

We have all been there. Plus…..”I LIKE BEER!” is apparently a Supreme Court vibe so you should be good.

The comments are insane. You guys know that she worked at @DailyCaller before @cnn? Why don’t we just look at the entire body of her work and you will find a good reporter who tries to be fair.

It is unclear whether Collins would face disciplinary action for her tweets from 2011, which were posted when she was a college student. Breitbart News has reached out to CNN for further comment.