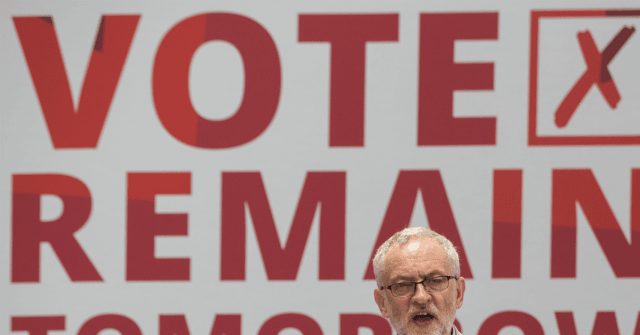 Two local Labour figures have defected to the Brexit Party, as Labour sinks to fourth place in a recent YouGov poll.

Their constituency of Rochdale voted 60 per cent in favour of Leave in the 2016 referendum, and Councillor McCarthy said that he left because Labour no longer represents the people.

Mr McCarthy told Rochdale Online on Thursday: “I have been a Labour Party supporter for 40 years, nigh on 20 of those as a sitting councillor for West Heywood. The Labour Party pledged to respect the decision of the referendum and has gone back on its word.

“I have resigned the Labour whip and will be joining the Brexit Party – the only party that is standing up for democracy – and the only party committed to investing in the north and the regions which, for too long, have been ignored by the other political parties.”

Now the ⁦@brexitparty_uk⁩ is seeing Labour councillors jump ship. At a General Election we would be gunning for Labour seats across the North & Midlands. We want to be a home for 5million Labour Leavers #ChangePoliticsForGood via ⁦@RochdaleNews⁩ pic.twitter.com/ef67r8kHyi

Mr Lambert, who was a local Labour leader from 2010 to 2014 and councillor until 2016, also told the news website: “I have served the people of Rochdale for nearly two decades but I no longer believe my former party represents the people of this town.

“We need to deliver on the referendum result, that is why I have left Labour and will be joining the Brexit Party – I want to change politics for good.”

The defections come as a poll revealed Labour has fallen to fourth place, with the Tories in the lead, followed by the Brexit Party, and the Liberal Democrats in third. Suffering one of its worst polling positions for a century, fewer than one in five voters — 18 per cent — said they would vote for the establishment-left party at the next General Election.

The poll revealed that 25 per cent of Remain supporters said they would vote for Labour, compared with 40 per cent in April and 48 per cent at the beginning of 2019. Likewise, Leavers are dropping their support for Labour, with just eight per cent of Brexiteers saying they would vote for the party at the next General Election, down from 21 per cent in January. The figures suggest that the party’s unclear stance on Brexit is what is driving voters to parties with clearer positions on the issue, namely the Brexit Party and the EU loyalist Liberal Democrats.

Presenting his LBC radio show yesterday, Nigel Farage said that the Labour Party was in “real trouble”. The Brexit Party came first in May’s European Parliament elections and has consistently performed strongly in polls. In April, Mr Farage pledged a “northern attack” on Labour heartlands, after the left-wing party had abandoned the some-five million Labour Leavers in the north and Midlands.

New Brexit Party MEP Martin Daubney echoed this sentiment on Thursday, saying of the Labour defections: “Now The ⁦Brexit Party is seeing Labour councillors jump ship. At a General Election we would be gunning for Labour seats across the North & Midlands. We want to be a home for 5 million Labour Leavers.”

While there are a number of prominent Labour Leavers today — notably MP for Vauxhall Kate Hoey, entrepreneur and Labour donor Labour John Mills, and pressure group Labour Leave — in previous decades, Labour had once been the traditional home of euroscepticism and patriotic heavyweights such as Tony Benn, Peter Shore, and Michael Foot, who believed that deeper integration with a proto-European Union would strip Britons of their democratic rights and drive down wages.

This is a fact of party history that current Labour Remainers wish to be revise, with deputy party leader Tom Watson claiming last month that “European is who we are, and who we have always been. Our members are Remain, our values are Remain… and we need our Labour Party to be true to who we are and be loud and proud in support of Europe.”

WATCH 📺 | @Tom_Watson: “European is who we have always been. Our hearts are Remain.” Really, Tom?