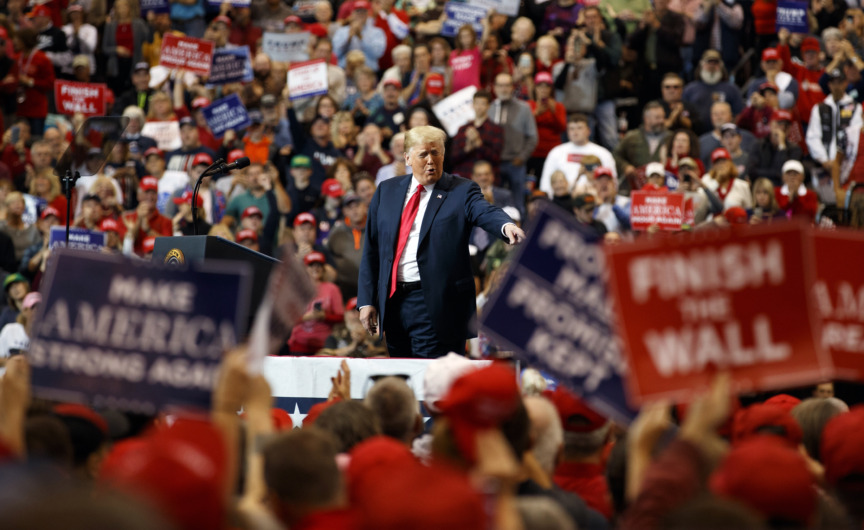 Conservative radio icon Rush Limbaugh will make an appearance in his hometown and Sean Hannity will also be in attendance and interview Trump at the event.

10:01 PM: Hannity is interviewing Trump, and Trump agrees that he left it all on the field for the 2018 midterms. Trump is now ready to take the stage.

9:45 PM: Raucous crowd in the Show Me State for Trump’s final rally before the midterms.

Just arrived at the Show Me Center – lines around the block… pic.twitter.com/LFZjV8USRf

A few hours until Trump arrives for his final midterms rally here in Cape Girardeau, but another guest @seanhannity has just arrived to loud cheers. pic.twitter.com/Z4RK7Mbmhr

Ready for @realDonaldTrump’s rally to support @HawleyMO in Cape Girardeau – @clairecmc may think she can write off “bootheel” voters – but tonight she’ll see what happens when you abandon MO’ians & side with liberal democrats like Chuck Schumer! @JasonSmithMO @GOPChairwoman pic.twitter.com/Hd9HV6xvzx

The line to see ⁦@realDonaldTrump⁩ in Cape Girardeau is getting long. The president won’t be here for 8 hours. @kmov pic.twitter.com/i7J5giOpZs