The huge crowd awaiting Trump at the rally cheered when Kavanaugh was confirmed and an exuberant Trump tweeted his congratulations to the Senate for confirming Kavanaugh.

“I applaud and congratulate the U.S. Senate for confirming our GREAT NOMINEE, Judge Brett Kavanaugh, to the United States Supreme Court,” Trump tweeted. “Later today, I will sign his Commission of Appointment, and he will be officially sworn in. Very exciting!”

Stay tuned to Breitbart News for live updates throughout the evening. All times eastern.

TRUMP: “You don’t hand matches to an arsonist. And  you don’t give power to an angry left-wing mob, and that’s what they’ve become. The Democrats have become too extreme and too dangerous to govern. Republicans believe in the rule of law–not the rule of the mob.”

He says the country is “booming” and “thriving” because “we are putting America first.”

7:30 PM: Trump says what Kavanaugh’s family had to endure was “unthinkable.” Trump blasts the “angry mob” on the left that “threw away and threw aside” every sense of fairness and due process. Trump says every American will have a chance to “render their verdict” in four weeks re: Democrats’ conduct.

“We need more Republicans,” Trump says after saying how the country saw in the last few weeks what’s at stake in the midterms. “We have been energized.”

LIVE: President Trump encourages supporters at a Kansas campaign rally to vote against “radical Democrats” and praises his “energized” base #TicTocNews pic.twitter.com/FdqiBWrAZf

7:28 PM: A fired up Trump calls this a truly “historic night.” “I stand before you today on the heels of a tremendous victory for our nation, our people, and our beloved constitution,” Trump says. Crowd roars after Trump says the Senate confirmed Kavanaugh to the United States Supreme Court. He says he proudly signed Kavanaugh’s commission and says the swearing in ceremony will be performed in the East Room of the White House on Monday evening. Trump says Kavanaugh will sit proudly besides Gorsuch and thanks the incredible Republican Senators for “refusing to back down” in the face of the “Democrats’ shameless campaign of political and personal destruction.”

Trump blasts “radical Democrats” who launched a resistance campaign from the very moment he nominated Kavanaugh.

Trump says Kavanaugh is a “totally brilliant scholar who has devoted his life to the law.”

7:25 PM: Trump on stage for what will likely be a raucous rally.

The scene at the Kansas Expocentre in Topeka moments before President Trump is expected to take the stage for #MAGA rally. pic.twitter.com/fXC3yNU4Cw

7:15 PM: Graham, hoping his over-the-top rhetoric makes people forget about his ardent support for amnesty and his interventionist foreign policy:

Photo provided by WH of @realDonaldTrump signing the commission of #JusticeBrettKavanaugh pic.twitter.com/F9k0hcqbgx

Photo Courtesy of #SCOTUS photog Fred Schilling. Justice Brett Kavanaugh is sworn in as the newest member on the nation’s highest court. pic.twitter.com/yFaZOXfFe9

President Trump on “historic” vote of Kavanaugh ahead of rally: “So we have a great new Supreme Court justice, and he’s going to be there for many years. We are very, very proud of him and what he and his family had to endure” pic.twitter.com/4vBrLlmiSm

The crowd in front of the U.S. Supreme Court is tiny, looks like about 200 people (& most are onlookers) – that wouldn’t even fill the first couple of rows of our Kansas Rally, or any of our Rallies for that matter! The Fake News Media tries to make it look sooo big, & it’s not! 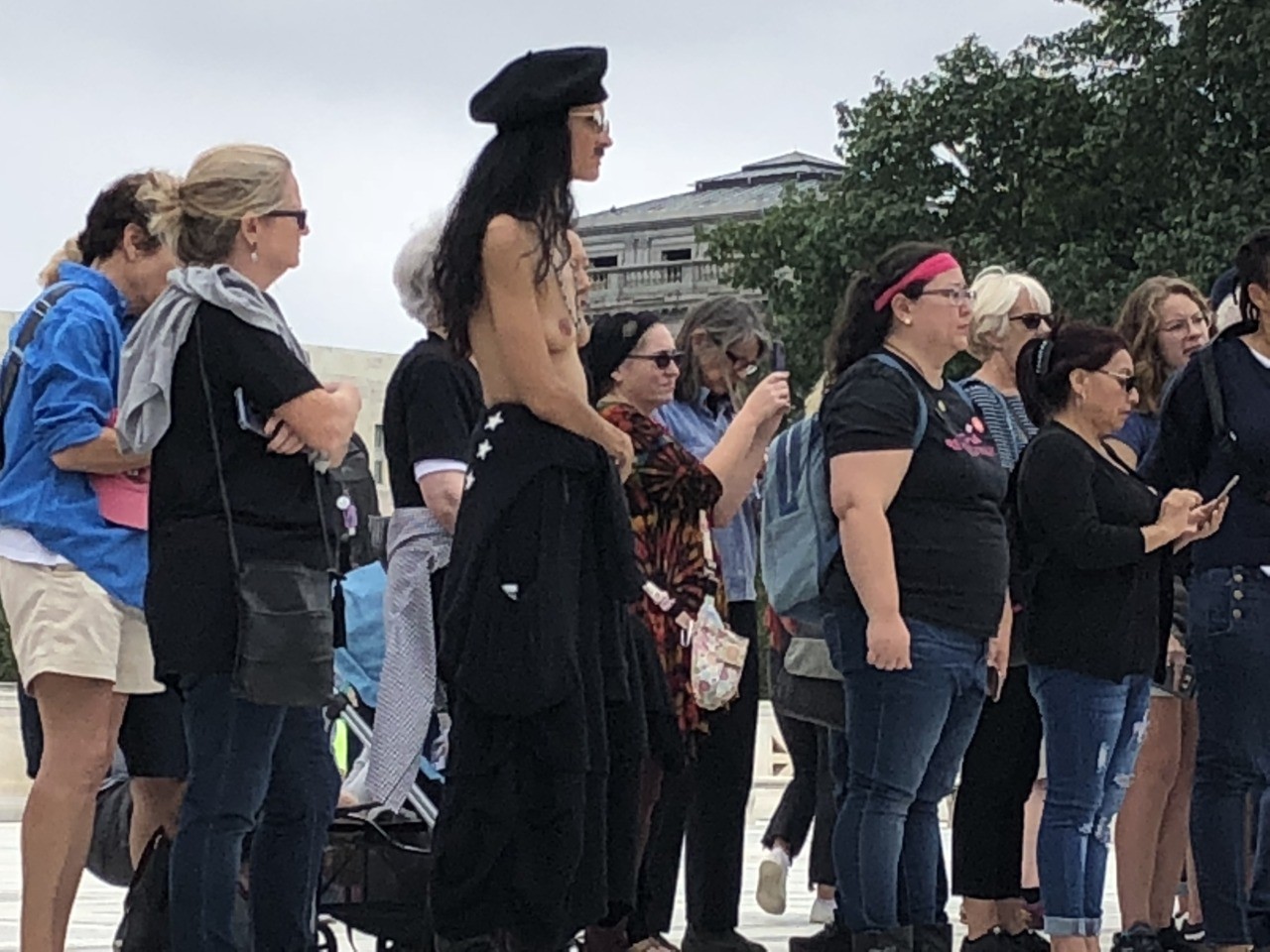 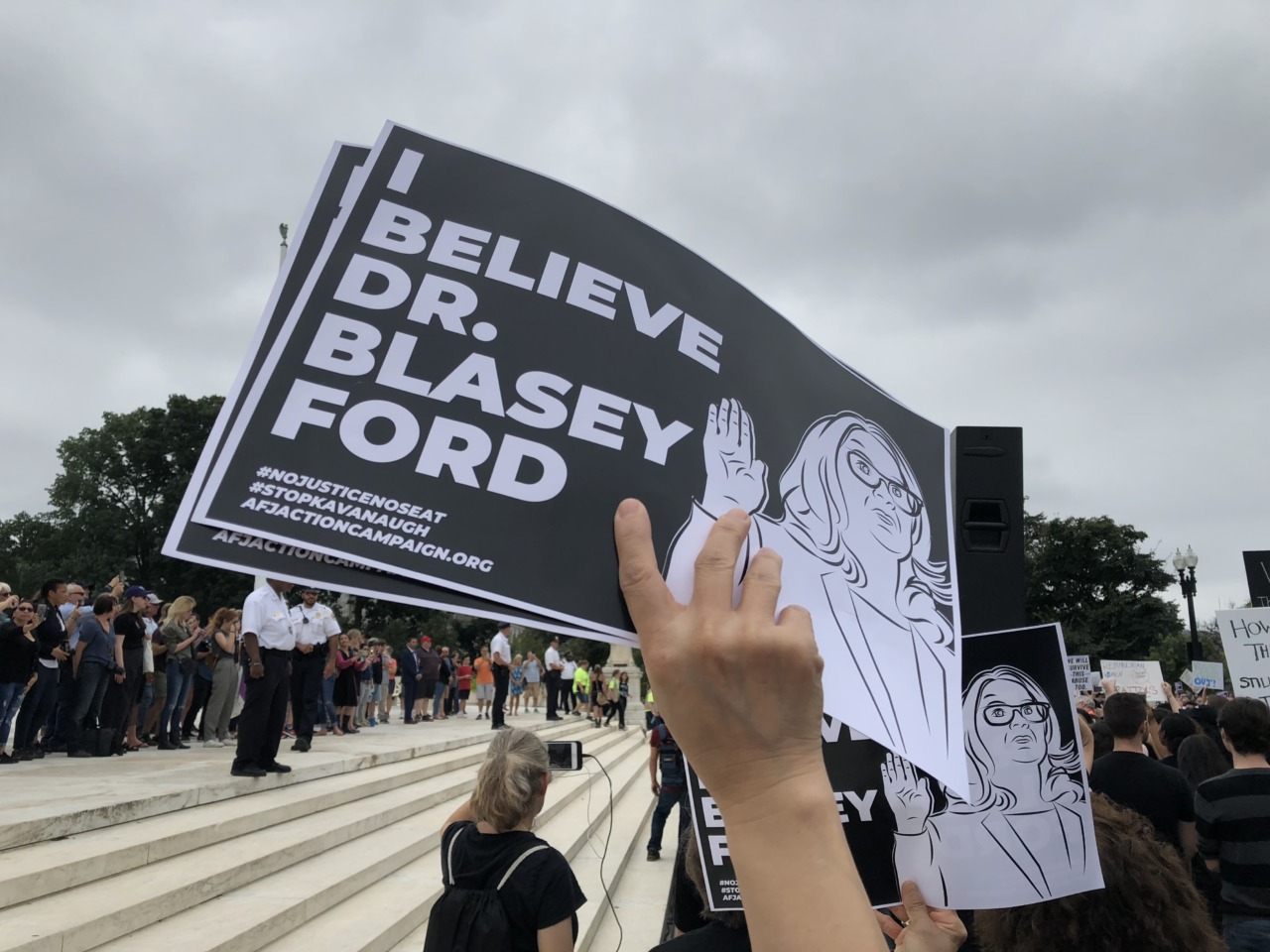 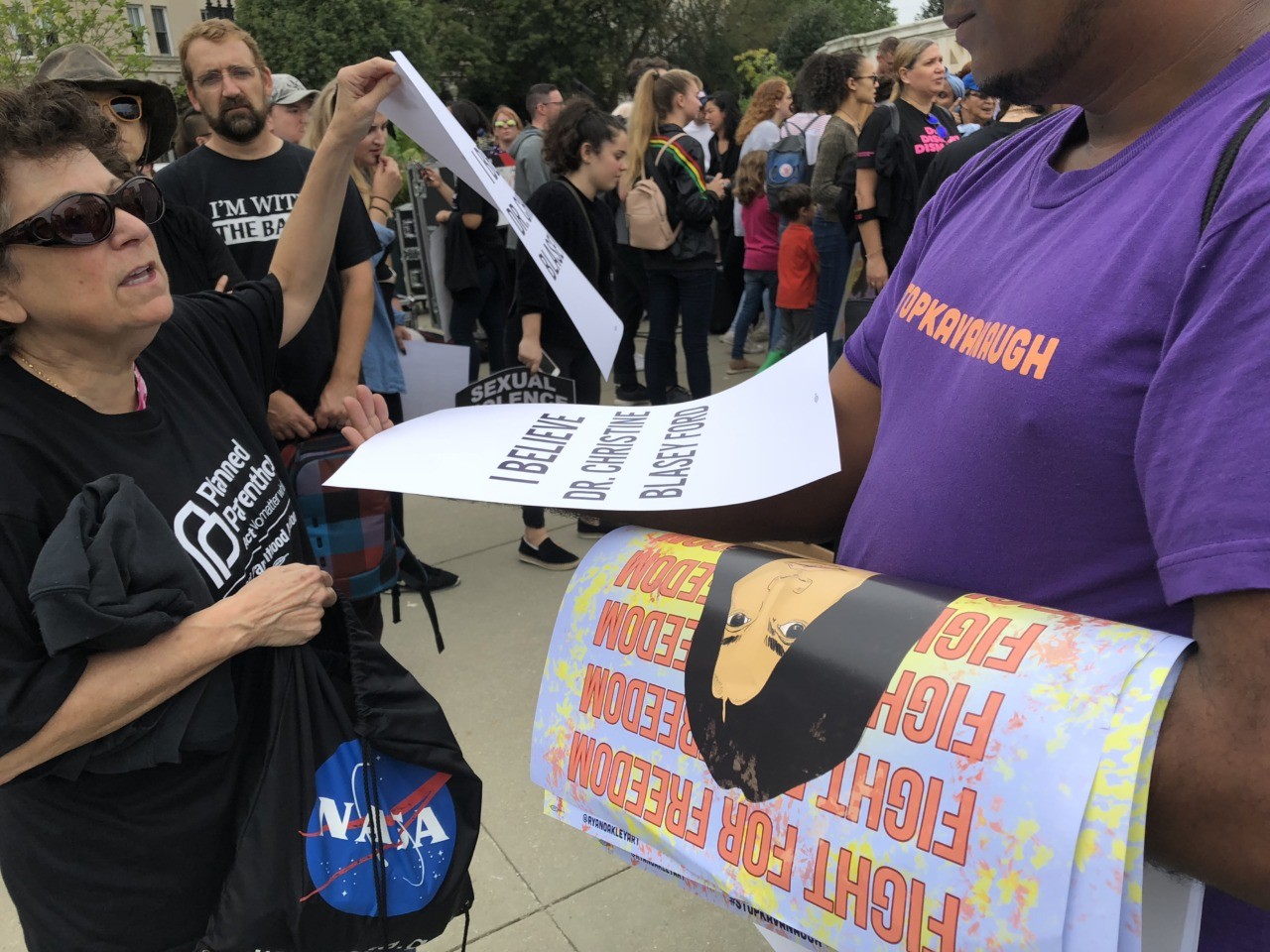 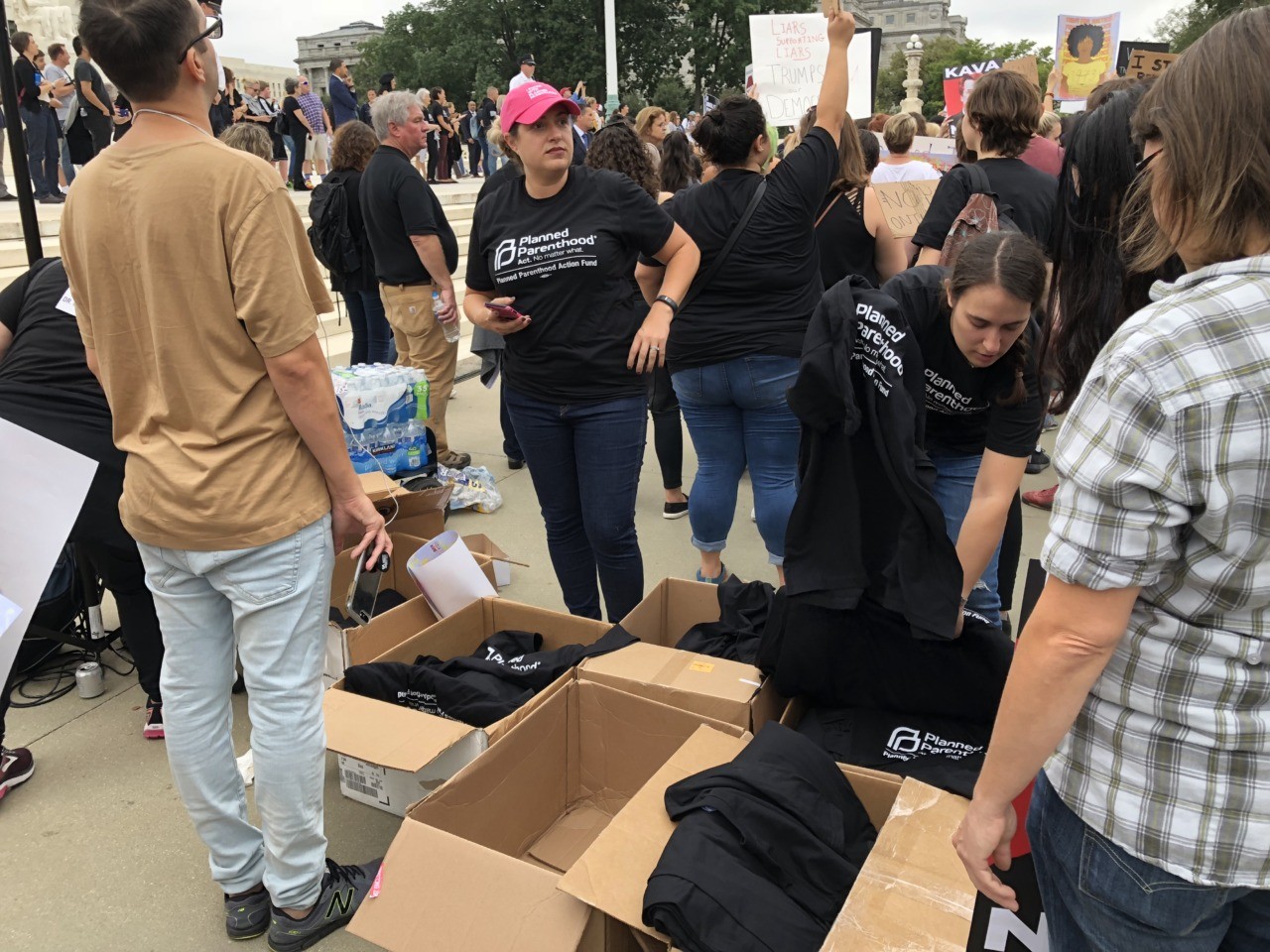 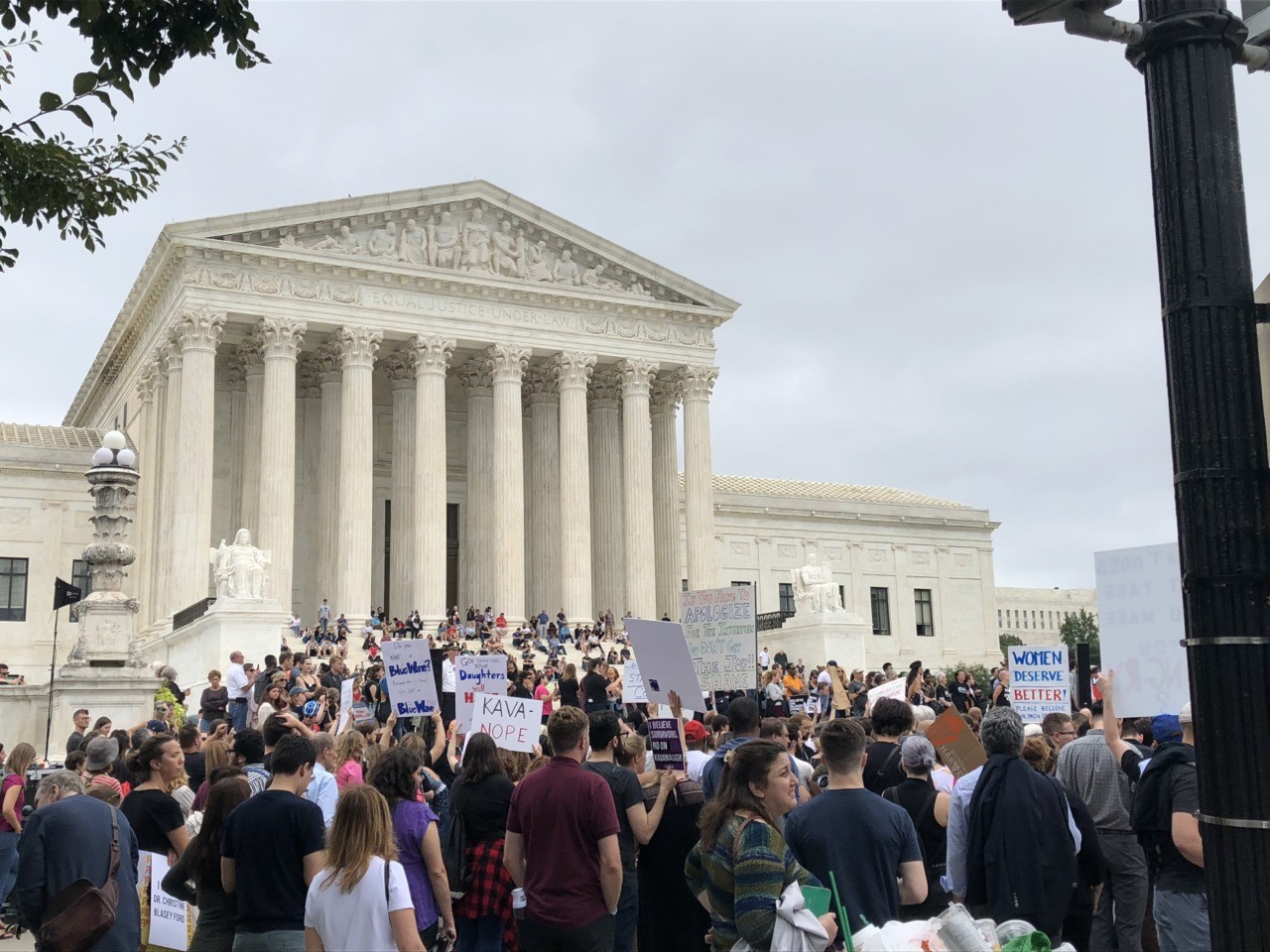 I applaud and congratulate the U.S. Senate for confirming our GREAT NOMINEE, Judge Brett Kavanaugh, to the United States Supreme Court. Later today, I will sign his Commission of Appointment, and he will be officially sworn in. Very exciting!

A large crowd of protesters has surged onto the front steps of the US Supreme Court, chanting, “Kavanaugh has got to go.” Brett Kavanaugh is inside, where he will be sworn in. https://t.co/POLG1Y9RPr pic.twitter.com/Y9JfBzjkZj

Capitol Police Arrested 164 anti-Kavanaugh protesters during protests today outside the Capitol and in the Senate chamber: pic.twitter.com/uBjXwgfehn

Pretty wild scene as anti-Kavanaugh protesters push past a police line and are now at the doors of the Supreme Court –> pic.twitter.com/nT4ettUSyM

As VP Pence tried to leave the US Capitol after presiding over Judge Kavanaugh’s confirmation, he was confronted by protesters chanting “shame!” – @LACaldwellDC pic.twitter.com/lSHTzkr3nk

–
Even the media acknowledging Trump is winning!

Those waiting in line and inside the arena for Trump’s rally were following the confirmation vote on their phones and cheered when the Senate confirmed Kavanaugh:

Spontaneous “Kavanaugh!” cheers are breaking out in the Kansas Expocentre in @cityoftopeka KS as supporters file in ahead of President Trump’s arrival per @benyc

Outside in the parking lot of @realDonaldTrump rally at @KsExpo pic.twitter.com/r4NkfrFjtY

Nearly impossible to depict just how many people are outside the Kansas Expocenter right now for the Kobach campaign MAGA rally with President Trump. There are thousands of people waiting in line right now.@POTUS @KWCH12 pic.twitter.com/M2la2I1i7c

Cheers were heard in the line for President Trump’s rally tonight in Topeka, Kansas, as Judge Kavanaugh was confirmed by the Senate – @shaqbrewster pic.twitter.com/wyhpHvMCYc

NINE HOURS ahead of President Trump’s #MAGA rally in Topeka, Kansas, folks are already lining up in the HUNDREDS outside the Expocentre. And it’s raining. Watch 🎥💦👇🏽 pic.twitter.com/CJPlNBeg0I

Trump rally in Topeka: he gets here at 6 and there are already thousands in line. 🇺🇸🎇🎉 pic.twitter.com/y3kzBWa5HY

Trump rally in Topeka: he gets here at 6 and there are already thousands in line. 🇺🇸🎇🎉 pic.twitter.com/y3kzBWa5HY