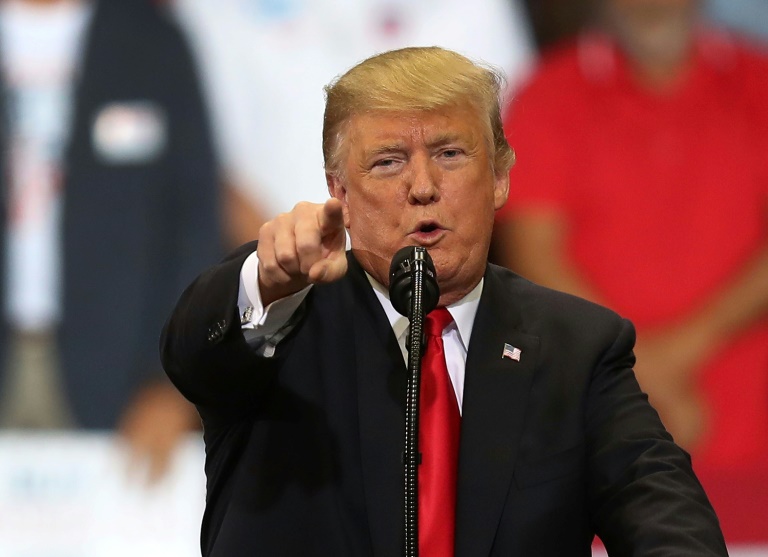 Trump will also hold a rally later in the evening in Tennessee for Republican Senate candidate Marsha Blackburn before holding three more rallies on Monday.

Republican Brian Kemp rallies crowd at Macon aircraft hangar. President Trump is en route aboard Air Force One in hopes of breaking the statistical tie in the race for Georgia governor. pic.twitter.com/DSsjgaVAAQ

Possibly the most famous aircraft in the world. Air Force One was on approach to Robins (GA) AFB and flew very close to my office in Warner Robins. #POTUS #MakeAmericaGreatAgain pic.twitter.com/mxVTaBu8pW

These folks arrived in Macon yesterday morning to wait in line to see Pres. Trump campaign for Brian Kemp. pic.twitter.com/Gc3JqTV7pv