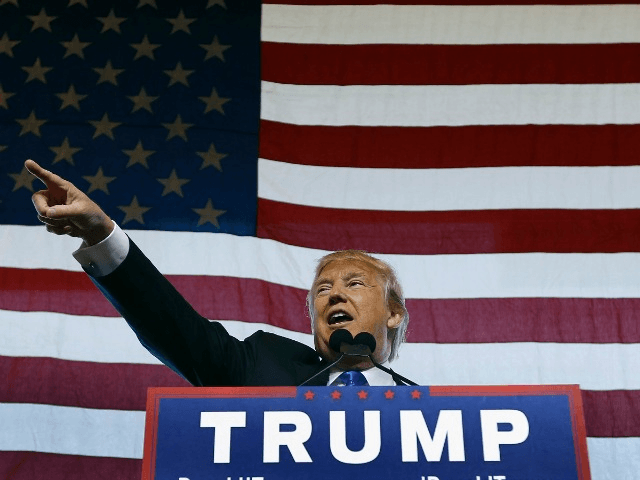 President Donald Trump will hold a Friday evening rally in Mesa, Arizona, as he continues to crisscross the country to boost Republican candidates ahead of the midterms.

Trump campaigned in Montana on Thursday evening and will campaign in Nevada on Saturday afternoon. He will headline a Texas rally on Monday evening before heading to Wisconsin.

8:50 PM: Many people from California have left the Golden State to states like Arizona. Meanwhile, California is getting an influx of liberal white “Obama bros”and their ilk (and to add insult to injury, these people do not even have any visceral connections to Vin Scully, Chick Hearn, Bob Miller, Dick Enberg, Ralph Lawler, Lawrence Tanter) as the state becomes more and more of a salad bowl instead of a melting pot. Terrible, terrible trade.

8:30 PM: Immigration top issue for yet another GOP primary voter.

Cindy Schmidt, 69, said she drove more than an hour from Surprise, AZ to support #TrumpInAZ: “I love President Trump. He’s the best thing our country has ever had.” Immigration is a primary election issue for her. @azcentral pic.twitter.com/adwxX5qd8g

Some in the crowd, including children, chant “Build the wall!” #TrumpinAZ pic.twitter.com/4f88RusQQO

The line just keeps on going. I’m hearing it’s still stretched all the way back to Sossaman Road about 1.5 miles away. Can’t verify that myself though. @azcentral pic.twitter.com/Ur3qRNOctj

PARKING UPDATE (3:50 PM): Presidential event parking is now at capacity. There will be no alternative parking available. #TrumpInAZ pic.twitter.com/kFqxfz1PCo

There’s still a long line of @realDonaldTrump supporters waiting to get in to the hangar at Mesa Gateway Airport where the president is expected to speak around 6:30. @dougducey and @MarthaMcSally also expected to speak. pic.twitter.com/RqW2qmWgOZ

This is the first time I’ve heard Lionel on a Trump playlist. (Seven-year-old me is really happy.) #trumpinaz pic.twitter.com/3lsUY2wjlv

The Star Spangled Banner is now being sang at the front of the MAGA rally line outside of the International Air Response. #TrumpInAZ | @azcentral pic.twitter.com/A2a4dsPQKG

This is the line to get into the general parking area. I’m told it wraps around the airport. @POTUS not expected to speak until 6:30 p.m. May need close to every minute to find a spot. #TrumpInAZ pic.twitter.com/WH8PFlVzhN

A single Trump protester, Dustin Hoffman, stands across the thousands of Trump supporters saying “The past couple years have been an atrocity in the United States… that’s why I’m out here.” #TrumpInAZ | @azcentral pic.twitter.com/77aX1oM75A

Trump supporters shout at the one Trump protester, “Get a job” and chant “Trump” as they walk past him. #TrumpInAZ | @azcentral pic.twitter.com/Ik5r0egNHr

Doors to the International Air Response for President Donald Trump’s campaign rally tonight don’t open for another hour, but hundreds of people are gathered at the entrance waiting to get in. #trumpinAZ pic.twitter.com/tVnkju3LDc

The Blacks For Trump group is near the front of the line where President Trump supporters are asking for pictures and cheering them on. #TrumpInAZ | @azcentral pic.twitter.com/ypDwK8HJKi

Watch as @realDonaldTrump steps off Air Force One #TrumpInAZ pic.twitter.com/9SbG3cxECB