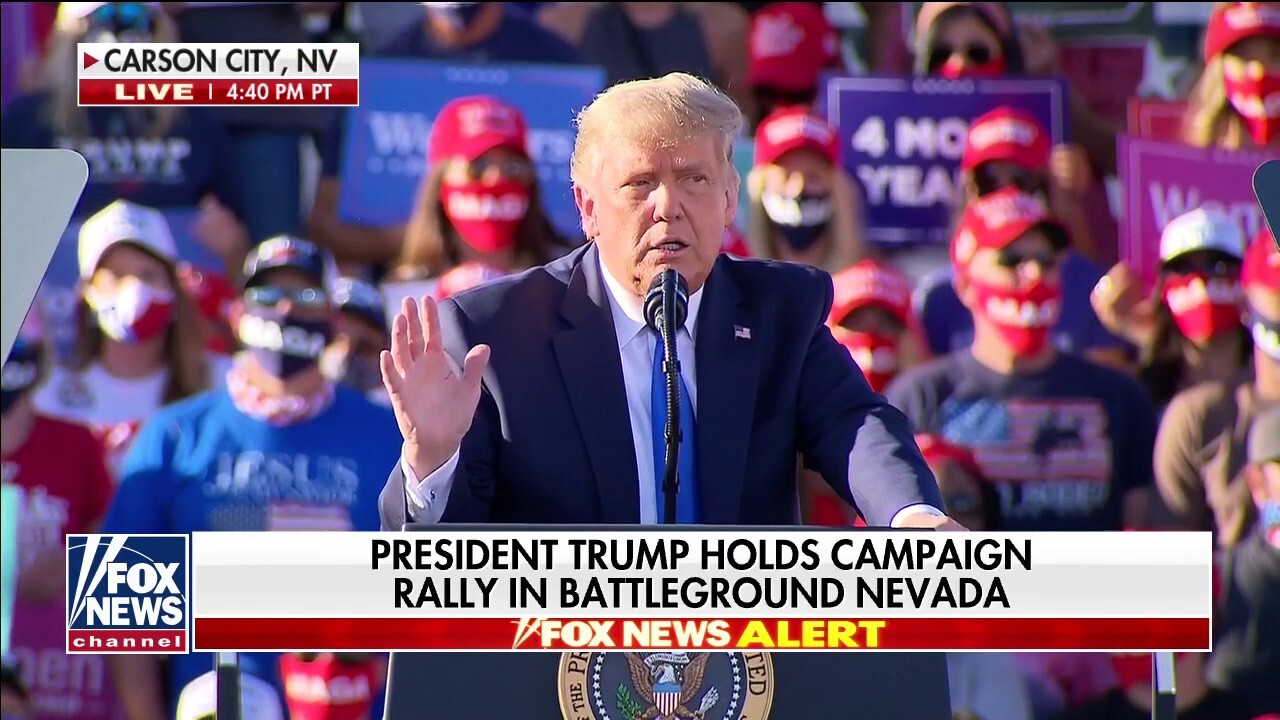 President Trump fired several shots at his 2020 Democratic opponent in his speech Sunday in  Nevada, during which he repeatedly praised the New York Post for their explosive report detailing allegedly corrupt business deals by Joe Biden’s son Hunter Biden.

“Joe Biden is and always has been a corrupt politician,” Trump declared. “He always has been. And as far as I’m concerned, the Biden family is a criminal enterprise. It really is.”

Andrew Bates, a spokesman from the Biden campaign, responded to the president’s remarks late Sunday, telling Fox News in a statement that “Donald Trump tanked the strong economy he inherited from the Obama-Biden Administration by continually discounting and attacking warnings from the scientific and medical experts working around the clock to save lives.”