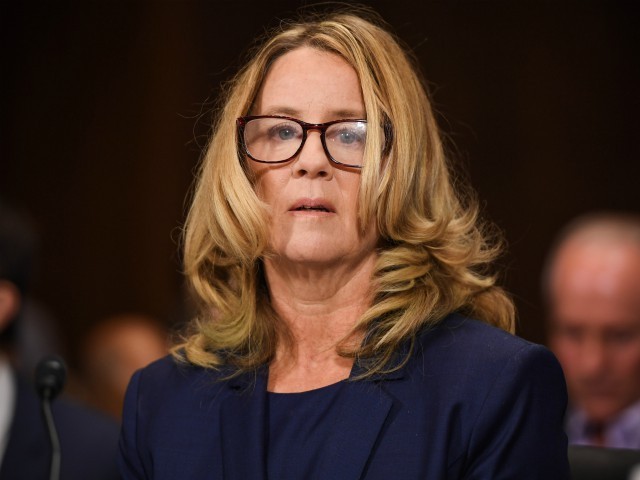 The Senate Judiciary Committee kicked off a hearing on Thursday morning in which Supreme Court nominee Judge Brett Kavanaugh and his accuser, Christine Blasey Ford delivered testimony about Ford’s allegation that Kavanaugh assaulted her during a party in 1982.

Judge Kavanaugh is scheduled to testify after Ford.

11:00 am – Actor Billy Eichner noted that “it could not be more clear” that “Dr. Ford is telling the truth.”

Dr. Ford is telling the truth. It could not be more clear. Thank you Dr. Ford for your courage today. It is a historic level of bravery.

10:57 am – Actress and activist Minnie Driver chimed in, saying “Bless Christine Blasey Ford’s heart” and noting that she “is a patriot.”

Bless Christine Blasey Ford’s heart. How frightening and brave to stand before these people knowing your deepest pain has been politicized. She is a patriot and make no booody mistake. #KavanaughHearings

Bravery. Dignity. Integrity. Thank you #DrChristineBlaseyFord for your courage today

10:51 am – Modern Family producer Danny Zuker tweeted “Dr. Ford has shown more courage and grace in these past few minutes than Trump and his disgusting cronies have in their entire lives.”

Dr. Ford has shown more courage and grace in these past few minutes than Trump and his disgusting cronies have in their entire lives. #StopKavanaugh

10:46 am – Author Stephen King chimed in on Ford’s “terrifying” testimony.

Her testimony is terrifying and heartrending.
She says they laughed while It was happening.

10:20 am – Actor Rob Delaney had this message for Sen. Grassley.

Are you fucking kidding me you interrupting motherfucker

Grassley makes the mustached senator in The Godfather 2 hearings look as dashing and smooth as Jack Kennedy in his 30s. https://t.co/5FXMm2KiWA

10:15 am – Actor Jon Cryer went after Republicans and Evangelicals, suggesting that they’d support Kavanaugh even if he’s untruthful about the allegations against him.

If these allegations are true, then Kavanaugh is lying.

So republicans and evangelicals want Kavanaugh confirmed to the Supreme Court even if he’s being dishonest under oath. https://t.co/YU6KOWrdxI

10:11 am – Comedian and constant Trump-basher Kathy Griffin attacked Sen. Chuck Grassley (R-IA), while he was ready his opening remarks.

“Ugh, my blood is already boiling, Chuck, you old dinosaur,” she said.

sending strength and best hopes for Professor Ford- and for us all pic.twitter.com/NIMCgZZEgQ

Justin Caruso contributed to this report.