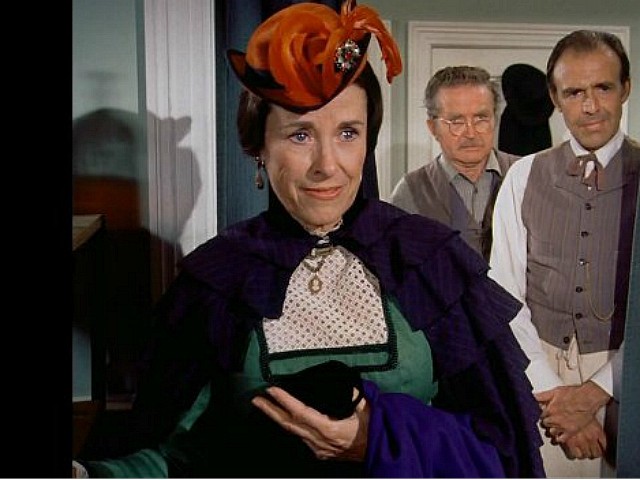 MacGregor died Tuesday at the Motion Picture and Television Fund retirement community in Los Angeles, said Tony Sears, who is acting as her attorney.

While her onscreen nasty daughter Nellie Oleson was the character viewers most loved to hate on the NBC series that ran from 1974 to 1983, her cruel, greedy mother Harriet Oleson was just as awful, never missing a chance at small-town social climbing or petty backbiting.

They stood in contrast to the warm, loving members of the Ingalls family, who were the show’s focus and often the Olesons’ targets.

The California-born MacGregor began as a dancer in New York before shifting to acting, studying under legendary teacher Sanford Meisner.

Her screen career consisted of tiny film roles and TV guest spots before she landed on “Little House on the Prairie,” the beloved TV series based on a beloved book series that author Laura Ingalls Wilder wrote about her childhood.

MacGregor would stay for the show’s entire run along with actors Michael Landon, the show’s star who died in 1991, and Melissa Gilbert, who played a young Laura Ingalls.

“She was outspoken and hilariously funny,” Melissa Gilbert said on Instagram of MacGregor Wednesday. “A truly gifted actress as she was able to play a despicable character but with so much heart. Her Harriet Oleson was the woman our fans loved to hate. A perfect antagonist.”

Alison Arngrim, who played Nellie Oleson, said Macgregor “had an extremely long and full life and is at peace … we will all miss her.”