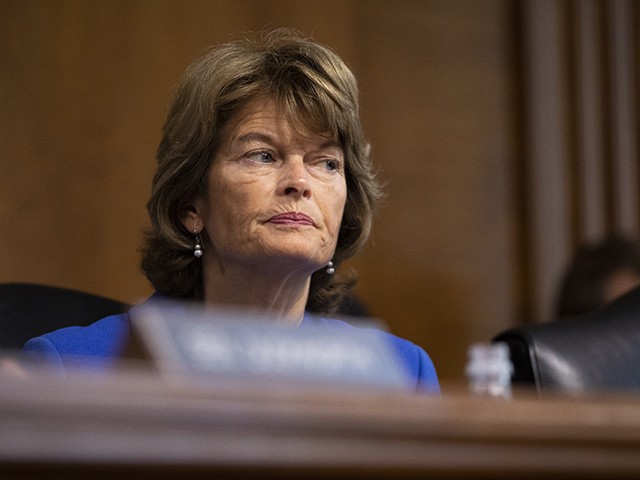 Sen. Lisa Murkowski (R-AK) said Tuesday that an FBI investigation into Judge Brett Kavanaugh’s past would “clear up” questions surrounding allegations of decades-old sexual misconduct against the Supreme Court nominee.

The remark was made in response to a question by CNN senior congressional correspondent Manu Raju, who asked the lawmaker if the FBI should probe Kavanaugh’s past, following allegations of sexual misconduct brought forth after the Supreme Court nominee emerged unscathed from a series of contentious confirmation hearings. “It would sure clear up all the questions, wouldn’t it?” Murkowski reportedly told Raju.

I just asked Sen. Lisa Murkowski, key GOP swing vote, if there should be a full FBI investigation into allegations from Kavanaugh’s past. “It would sure clear up all the questions, wouldn’t it?” she said

An investigation would likely center around decades-old allegations leveled by California psychology professor Christine Blasey Ford, who alleges was forced into a room and groped by the Kavanaugh during a Maryland house party around 1982, a claim all named eyewitness public state they have no knowledge of the incident every occurring. Ford’s legal and members of Senate Judiciary Committee Chairman Charles Grassley staffer reached a tentative agreement Saturday for the professor to testify before lawmakers Thursday. However, a letter sent to the chairman by Ford’s attorneys Monday complained of the panel’s hiring of an “experienced sex crimes prosecutor” to partake in the testimony, suggests the professor may renege on the agreement.

In new letter from Dr Ford’s Attorney to the Judiciary Committee, they again object to having outside counsel ask the questions for republicans at Thursday’s hearing, and ask for the name and resume of who that person will be.

This does not appear to be a done deal. pic.twitter.com/MwggIeBGbs

“In our view, the hiring of an unnamed ‘experienced sex crimes prosecutor’ as Mr. Davis described in his email, is contrary to the Majority’s repeated emphasis on the need for the Senate and this Committee’s members to fulfill their constitutional obligations,” wrote lawyer Michael Bromwich. “It is also inconsistent with your stated wish to avoid a ‘circus,’ as well as Dr. Blasey Ford’s repeated requests through counsel that senators conduct the questioning. This is not a criminal trial for which the involvement of an experienced sex crimes prosecutor would be appropriate.”

Another allegation Murkowski likely believes should be investigated regards the New Yorker‘s Ronan Farrow and Jane Mayer report, in which a woman named Deborah Ramirez alleges that drunken Kavanaugh, while a freshman at Yale University, “exposed himself” to her during a party. Among the piece’s key revelations, Farrow and Mayer were unable to “confirmed with other eyewitnesses that Kavanaugh was present at the party.”

Despite saber-rattling from Democrats, chances of the FBI opening an investigation are slim.

The FBI conducts background checks for federal nominees but the agency does not make judgments on the credibility or significance of allegations, according to a Justice Department statement Monday. Instead, the department compiles information about the nominee’s past and provides its findings to the agency that requested the background check. In this case, that would be the White House.

There has been no suggestion that Kavanaugh may have committed a federal crime, so the FBI would not conduct a criminal investigation. But Senate Democrats are pushing for the FBI to reopen Kavanaugh’s background investigation.

Amid calls from Democrats to suspend the confirmation vote, Republican leadership is standing shoulder to shoulder with Kavanaugh. On Monday, Senate Majority Leader Mitch McConnell lambasted Democrats for launching a “smear campaign” against the Trump pick. “Senate Democrats and their allies are trying to destroy a man’s personal and professional life on the basis of decades-old allegations that are unsubstantiated and uncorroborated,” he said. “That, Mr. President, is where we are. This is what the so-called resistance has become, a smear campaign, pure and simple, aided and abetted by members of the United States Senate.”

In a surprise sit-down interview with Fox News host Martha MacCallum yesterday, Kavanaugh once again denied the allegations and called for “fair process where I can defend my integrity.”