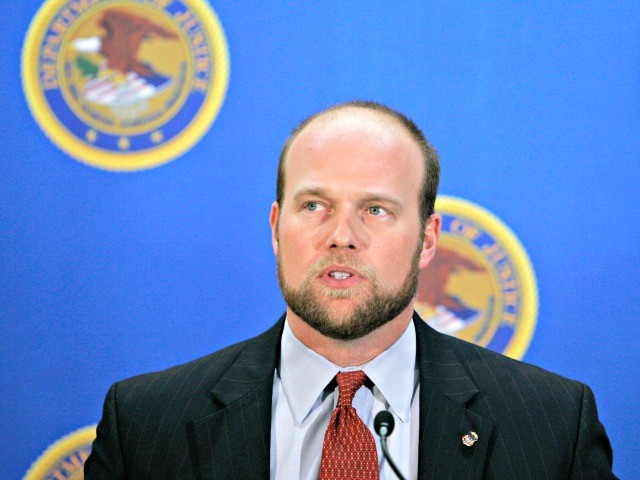 Sen. Lindsey Graham (R-SC), a senior member of the Senate Judiciary Committee, said Sunday on CBS Face the Nation that he expects President Trump to appoint a new attorney general “early next year,” indicating that acting Attorney General Matthew Whitaker could serve in the position through the rest of the year.

According to the Department of Justice, Whitaker can serve as acting attorney general for 210 days, or until May 2019. If there is a nominee, the clock stops as the nominee continues through the confirmation process.

That means that Whitaker will likely be overseeing the special counsel investigation looking into whether the Trump campaign colluded with Russia to win the 2016 presidential election until it concludes.

According to CNN, Special Counsel Robert Mueller has begun writing his concluding report.

Democrats are trying to pressure Whitaker into recusing himself from overseeing the Mueller investigation, arguing that opinion pieces he wrote about the investigation show that he is not impartial.

While Whitaker has argued for it to be limited to Russian collusion, he has also said he believed Mueller would be fair.

Still, Democrats are upset that he has weighed in on the subject and threaten to investigate whether he had ever communicated to the administration that he would end the investigation if appointed.

Ranking Member of the House Intelligence Committee Rep. Adam Schiff (D-CA) said on NBC’s Meet the Press that if Whitaker “doesn’t recuse himself, if he has any involvement whatsoever in this Russia probe, we are going to find out.”

However, with Republicans in control of the Senate and the House until January, there is little that Democrats can actually do to investigate Whitaker until then.

And Republicans who have opposed firing Mueller said there is no need to advance legislation protecting Mueller or ask Whitaker to recuse himself.

“I talked with Matt yesterday. I’m going to meet with him next week when we get our schedules aligned here. I think he was appropriately appointed legally. I don’t think he has to recuse himself,” Graham said on CBS.

Graham also dismissed the idea that Whitaker should recuse himself because he has a different opinion than those he is overseeing.

“The bottom line here is that Mr. Mueller will be allowed to do his job without political interference by Mr. Whitaker. Mr. Whitaker, I think, is legally qualified and otherwise qualified to oversee this investigation, until a new attorney general will be appointed. And I think that will happen early next year,” he said.

Sen. Ted Cruz (R-TX), who also sits on the Judiciary Committee, said he does not believe there should be legislation to protect Mueller.

“I don’t believe there should. We had a bill come through the Judiciary Committee that tried to make it impossible for a special counsel to be removed. I believe that legislation was unconstitutional, that it was inconsistent with Article II of the Constitution,” he told CBS.