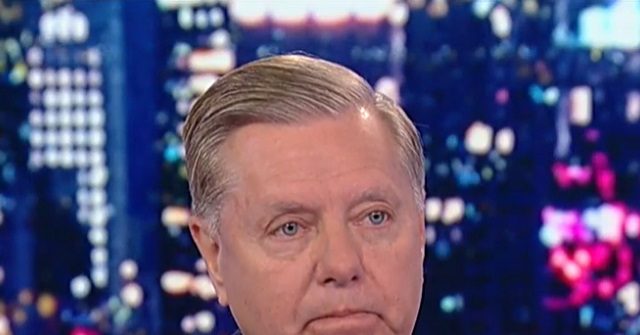 TEL AVIV –  Senator Lindsey Graham, while on a visit to Israel, said he plans to unveil an alternative to the 2015 nuclear deal that would prevent Iran from enriching uranium.

The plan would permit Iran, along with Arab states in the region, to establish nuclear power plants that do not produce their own fuel, Graham told reporters in Jerusalem on Tuesday.

“When you don’t make your own fuel, you can’t make a bomb. It is possible to have nuclear power without enriching and reprocessing,” he said.

“I will be proposing in the next few days, a regional one-two-three agreement where the Iranians and the Arabs can have nuclear power but can’t enrich or process uranium.”

His comments came after Iran announced last week that it had exceeded the enrichment limit set by the Obama-led deal and now has a stockpile of more than 300 kilograms of low-enriched uranium.

While Graham said he wholeheartedly supported President Donald Trump’s decision last year to withdraw from the deal, “there is an obligation to replace it with something.”

Graham noted that there are 15 countries around the world with nuclear power programs that do not include fuel production.

He added that he was not sure what the current “red lines” are regarding Iran’s actions.

“What would concern me most is for the Iranians to be in the dark as to what would be a red line for Israel and the U.S. regarding their nuclear enrichment program,” Graham said.

It is important to make sure that “we don’t blunder into a situation where military force has to be used,” he added.

His comments came a day after meeting with Prime Minister Benjamin Netanyahu in Jerusalem to discuss Iran. According to a statement from the prime minister’s office, Netanyahu stressed the importance of increasing the pressure on the Islamic republic.

Foreign Minister Yisrael Katz on Tuesday said Iran might “accidentally” put itself in a position whereby Israel has no choice but to take military action.

“It should be taken into account that mistaken calculations by the (Iranian) regime … are liable to bring about a shift from the ‘gray zone’ to the ‘red zone’ — that is, a military conflagration,” Katz said.

“We must be prepared for this, and thus the State of Israel continues to devote itself to building up its military might for the event that it will have to respond to escalation scenarios.”

Netanyahu on Monday said Iran’s violation of the nuclear deal proved that it had been “lying this whole time” and that the Islamic Republic had taken a “significant step” towards producing a nuclear weapon.

“When we exposed the secret Iranian nuclear archive [in April 2018], we proved that any nuclear agreement with Iran is built on one big lie. Now even Iran acknowledges this,” Netanyahu said at an event honoring Israeli reservists. “Soon will be revealed additional proofs that Iran has been lying this whole time.”

Iran also threatened to further increase enrichment in the direction of weapons-grade levels by July 7 unless a deal with European leaders is signed.

The “actions of the Europeans have not been enough, so the Islamic Republic will move ahead with its plans as it has previously announced,” Iranian Foreign Minister Mohammed Javad Zarif said. “We are in the process of doing our first phase of actions both on increasing our stockpile of enriched uranium as well as our heavy water reserves.”

Netanyahu repeated his vow to prevent Iran from developing a nuclear weapon and called on Europe to stick to its commitments under the deal.

“UK remains committed to making deal work (and) using all diplomatic tools to deescalate regional tensions. I urge Iran to avoid any further steps away from JCPOA (nuclear deal and) come back into compliance,” he added.

The UN’s International Atomic Energy Agency confirmed that Iran had breached the limit set by the Obama-led deal.

UN Secretary General Antonio Guterres called on Iran to address any disputes or issues through the mechanisms established in the terms of the deal, his spokesman said.

Russia expressed “regret” over Iran’s announcement, but said it was a natural consequence of “unprecedented pressure” from the U.S.

“(This) of course is a cause for regret but one mustn’t dramatize the situation,” Russian deputy foreign minister Sergei Ryabkov said.

“It should be understood as the natural consequence of the events which have gone before,” he said.

Trump reacted to Iran’s announcement with a thinly-veiled threat.

The White House also condemned Iran’s decision. “It was a mistake under the Iran nuclear deal to allow Iran to enrich uranium at any level,” a statement read. “There is little doubt that even before the deal’s existence, Iran was violating its terms.”

“The United States and its allies will never allow Iran to develop nuclear weapons,” the statement said.