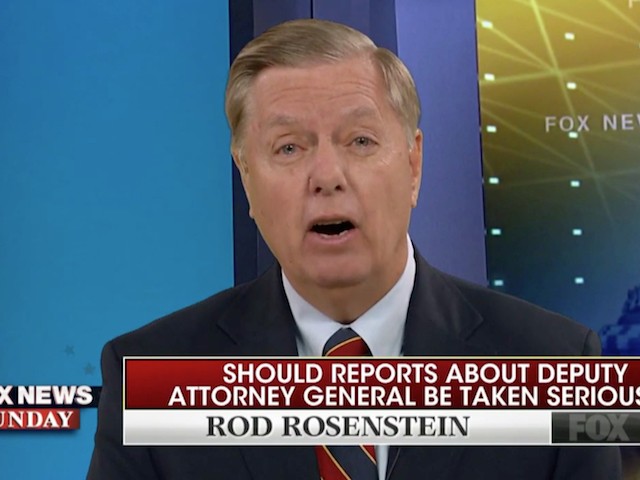 Graham said, “He shouldn’t fire Rosenstein unless you believe Rosenstein’s lying, he said he didn’t do the things alleged. But there’s a bureaucratic coup against President Trump being discovered here. Before the election, the people in question tried to taint the election, tip it Clinton’s favor, after the election they’re trying to undermine the President. I don’t know what Rosenstein did, but I know what McCabe or Page and Strzok did. They tried to destroy this president. If Rosenstein’s involved, he should be fired, if he’s not involved then leave him alone.”