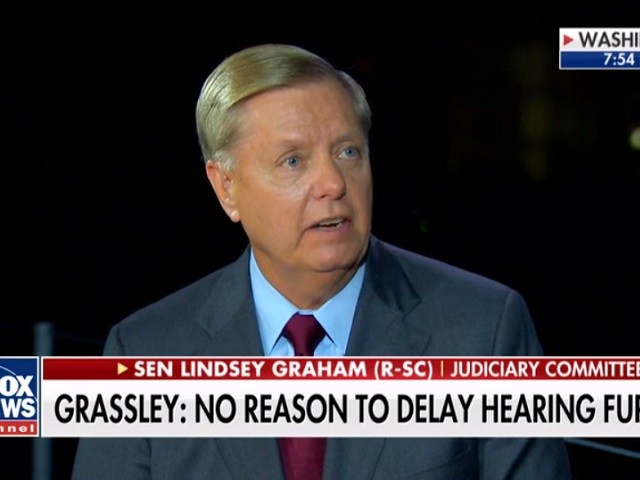 Graham said he would reserve judgment on whether or not he would ask Ford questions, but added that it was his view that those allegations were “collapsing.”

“If I have a question I’m sure I’ll ask it,” Graham said. “But I want to turn it over to the person who has more experience than I do. I’m trying to tell people that this bothers me. I voted for their nominees. I never would have thought to do this to Sotomayor and Kagan.”

“These allegations are collapsing,” he continued. “The second allegation couldn’t even make it in the New York Times, and only God knows what Avenatti’s going to say. Everything in this man life screams that he’s been respectful to women when he’s been in charge of women and their careers. They have nothing but great things to say.”