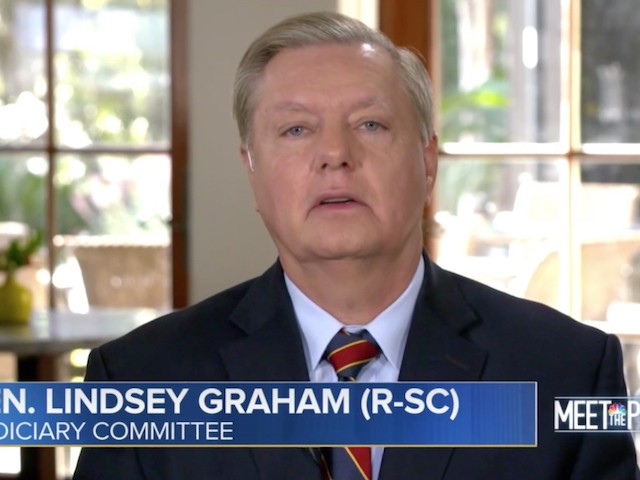 Sunday on NBC’s “Meet the Press,” Sen. Lindsey Graham (R-SC) warned of a “disaster” for the GOP if acting Attorney General Matthew Whitaker “terminated or shut down or played with” Department of Justice special counsel Robert Mueller’s investigation.

Graham said, “It would be a disaster for the Republican Party, for the Mueller investigation to be terminated or shut down or played with. It’s close to the end, let’s see what he finds. I can understand why the president doesn’t like the investigation. He feels wronged by it. I remember the Clinton/Ken Starr episode pretty well. This is standard practice. But I think most Republicans on Capitol Hill and Democrats believe that Mr. Mueller should be allowed to do his job and I have no indication he’s going to be interfered with at all.”

On acting Attorney General Matthew Whitaker, Graham said, “He said some things that would probably be problematic to be confirmed but having said that, I was very impressed with his attitude, his professionalism, and he’s got a very solid resume. So I would encourage the president to pick somebody fairly soon, so we can have a permanent attorney general going into the first part of next year.”

He added, “I don’t know if he’s the best choice. You hear about Mr. Barr, former attorney general, that’s a good choice. There are a lot of good names out there I would just encourage the president to start 2019 as soon as we can with a new attorney general that he has confidence in and we can get confirmed.”