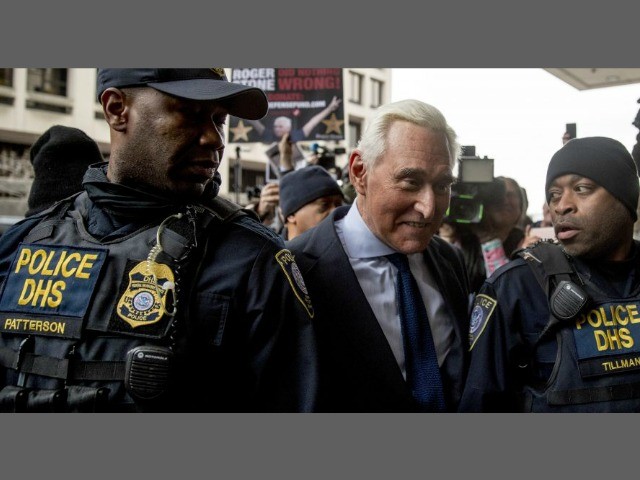 Senate Judiciary Committee Chairman Lindsey Graham (R-SC), in a letter to Federal Bureau of Investigation (FBI) Director Christopher Wray on Wednesday, demanded answers on the FBI’s arrest of Roger Stone last week during a pre-dawn raid on his home filmed exclusively by CNN.

“I am concerned about the manner in which the arrest was effectuated, especially the number of agents involved, the tactics employed, the timing of the arrest, and whether the FBI released details of the arrest and the indictment to the press prior to providing this information to Mr. Stone’s attorneys,” he wrote.

Graham said although he has supported Special Counsel Robert Mueller’s ability to conduct his investigation without interference, he is “leery” that a subject of the investigation was arrested in this manner.

“Although I am sure these tactics would be standard procedure for the arrest of a violent offender, I have questions regarding their necessity in this case,” he wrote.

“The American public has had enough of the media circus that surrounds the Special Counsel’s investigation. Yet, the manner of this arrest appears to have only added to the spectacle. Accordingly, I write to seek justification for the tactics used and the timing of the arrest of Mr. Stone.”

Specifically, he asked Wray to answer:

CNN has denied being tipped off in advance of the raid.

“This morning at the crack of dawn, 29 F.B.I. agents arrived at my home with 17 vehicles with their lights flashing, when they could simply have contacted my attorneys and I would have been more than willing to surrender voluntarily,” he said.

“They terrorized my wife, my dogs. I was taken to the F.B.I. facility, although I must say the F.B.I. agents were extraordinarily courteous. I will plead not guilty to these charges. I will defeat them in court. I believe this is a politically motivated investigation.,” he said.

“I am troubled by the political motivations of the prosecutors, and as I have said previously, there is no circumstance whatsoever under which I will bear false witness against the president nor will I make up lies to ease the pressure on myself. I look forward to being fully and completely vindicated.”