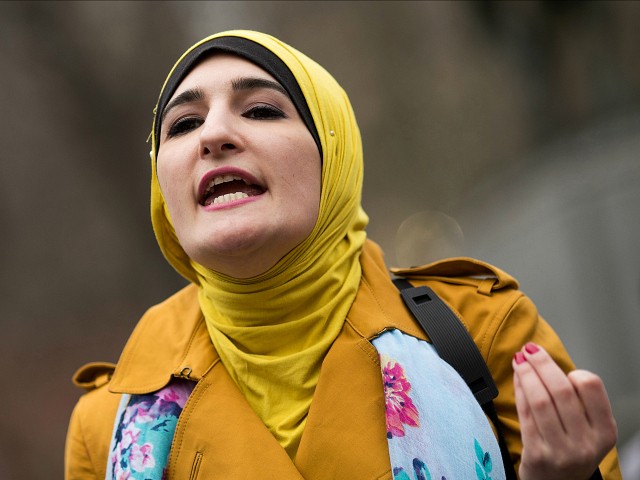 TEL AVIV – Women’s March leader Linda Sarsour released a statement Tuesday apologizing on behalf of her organization for “causing a lot of harm and pain” to its Jewish members and for not expressing the movement’s commitment to fighting anti-Semitism.

“We should have been faster and clearer in helping people understand our values and our commitment to fighting anti-Semitism. We regret that,” said the statement. “Every member of our movement matters to us — including our incredible Jewish and LGBTQ members. We are deeply sorry for the harm we have caused, but we see you, we love you, and we are fighting with you.”

On Monday, Women’s March co-founder Teresa Shook called on Sarsour and her co-chairs Tamika Mallory and Bob Bland to resign over their perpetuation of anti-Semitic and anti-LGBTQ rhetoric.

“In opposition to our Unity Principles, they have allowed anti-Semitism, anti-LBGTQIA sentiment and hateful, racist rhetoric to become a part of the platform by their refusal to separate themselves from groups that espouse these racist, hateful beliefs,” Shook wrote.

Mallory attended an event at which Farrakhan declared that “the powerful Jews are my enemy.” He has compared Jews to termites, Satan, and called for the death of Israel and America during a trip to Iran last month.

Mallory, Sarsour, Bland, and Perez issued a response on Facebook saying they weren’t going anywhere and that Shook acted “irresponsibly.”

Actress Alyssa Milano announced she would not participate in next year’s Women’s March, citing the leaders’ association with Farrakhan.

In her apology, Sarsour said the group wants to strengthen its ties with the Jewish community.

“Trying to dismantle oppression, while working within systems of oppression, is hard,” Sarsour wrote. “We are deeply invested in building better and deeper relationships with the Jewish community. And we’re committed to deepening relationships with any community who has felt left out of this movement. We want to create space where all are welcome.”

“We are trying to build an intersectional women’s movement. That is a monumental task that is hard, it is messy,” she wrote.

On Monday, Sarsour released another statement seeming to distance her group from Farrakhan. She said that Mallory was at a Nation of Islam event along with 15,000 people, appearing to infer that should not incriminate Mallory or the movement. Except Sarsour failed to mention that Mallory tweeted a picture of herself and Farrakhan at that event along with the caption “GOAT,” lauding the NOI leader as the “greatest of all time.”

Sarsour then pivoted to the Tree of Life massacre that claimed the lives of 11 Jewish worshipers, and suggested that the fuss surrounding Farrakhan was a deflection from real anti-Semitism occurring on the far-right, spurred on by President Donald Trump’s administration, which she has labelled “fascist.”

“Instead of coming together as a country to call out white supremacy and the violence being inspired by this Administration — the deflection went to a Black man who has no institutional power — this is a feature of white supremacy,” she wrote.

“It’s very clear to me what the underlying issue is — I am a bold, outspoken BDS supporting Palestinian Muslim American woman and the opposition’s worst nightmare,” she wrote. “They have tried every tactic at their disposal to undermine me, discredit me, vilify me but my roots are too deep and my work is too clear and they have not succeeded so by proxy they began attacking my sister Tamika Mallory — knowing all too well that in this country the most discardable woman is a Black woman.”

Last week, a German NGO nixed an award to the Women’s March, singling out Sarsour for spreading anti-Semitic conspiracy theories, including the claim that when US police officers shoot unarmed black people, Jewish persons responsible lurk in the background.

The American Jewish Committee responded by saying, “Accusing Jews of dual loyalty is one of the oldest and most pernicious antisemitic tropes.”