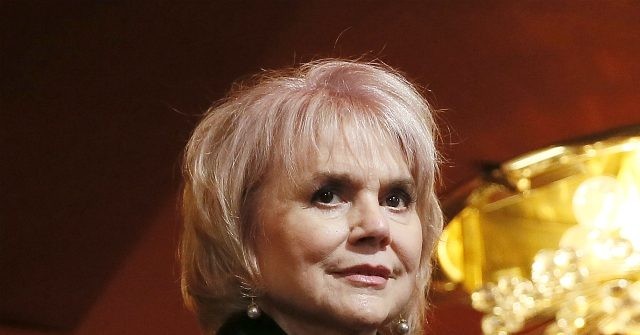 Singer Linda Ronstadt has called President Donald Trump the “new Hitler” and said that “Mexicans are the new Jews,” adding that she believes separating children from adults at the border is a “violation of human rights laws.”

The Grammy-winning singer told The Guardian that she was horrified when Donald Trump launched his presidential campaign at Trump Tower in New York. “As soon as Trump came down that escalator and called Mexican rapists, I said, ‘This is the new Hitler and Mexicans are the new Jews,’” she told the newspaper.

Ronstadt told Salon in a separate interview that she wants to see immigration laws changed, adding that Mexican migrants deserve better treatment. “They contribute so much,” she said.

Ronstadt was speaeking to promote the new documentary Linda and the Mockingbirds, which chronicles a trip she made to Mexico with students from California’s Los Cenzontles Cultural Arts Academy. She recalled that they shot a scene near the U.S.-Mexico border.

“It was a few citizens walking around the streets shopping for groceries or picking up the newspaper. There were no hordes of brown people clawing to get across the border,” she told The Guardian. “But, all along, the Trump administration has been encouraging resentment of people from Mexico.”

Ronstadt, who is of Mexican descent, said that her light skin and German surname allowed her to “pass.” “People didn’t have a clue I was Mexican unless they grew up with me,” she said.

The singer told Salon that Mexican migrants are mistreated in the U.S.

“They contribute so much. America doesn’t realize [Mexicans] pay into the economy and can’t draw out of it. They are willing to do low paying jobs and that pushes people to higher paying jobs,” she said.

Ronstadt said she believes that the country’s immigration and the prison systems need to be reformed.

“One thing is change immigration laws. Banks are making money from the cartels. Drug laws need to be changed. Get rid of the private prison system; it’s like the new slavery with [cheap] labor and separating children and keeping them in inhumane conditions. It’s a violation of human rights laws.”