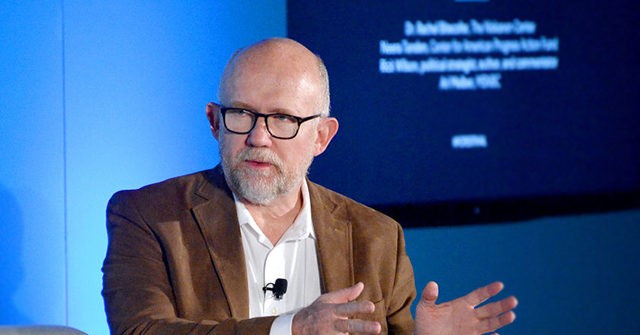 The PAC received $58,793,153 in donations, of which over $45 million has been spent, according the latest data aggregated by Open Secrets, an organization describing itself as “the nation’s premier research group tracking money in U.S. politics.”

The left-wing PAC’s co-founders include MSNBC pundits Rick Wilson and Steve Schmidt alongside John Weaver, former political consultant to John McCain and John Kasich, and George Conway, husband of former presidential counselor Kellyanne Conway. It frames itself as a Republican operation committed “to defeat Donald Trump and Trumpism.” The Lincoln Project’s advertisements are entirely composed of two categories: opposition to Republicans and support for Democrats.

Conway, Schmidt, Weaver, and Wilson characterized themselves in a New York Times column as “broadly conservative” in politics while sharing “fidelity to the Constitution” with Democrats. Despite their self-descriptions as Republicans, they openly state their intention to help Democrats expand their majority in the House, seize a majority in the Senate, and take the White House.

Open Secrets reported the PAC’s raising of $39 million in a three-month period — between July and September — through Federal Election Commission (FEC) records. The organization reported:

Run by Republicans and bankrolled mostly by Democrats, The Lincoln Project has propelled itself onto the list of top spending super PACs thanks to cash infusions from small donors as well as billionaire backers.

The Lincoln Project has also caught the attention of deep-pocketed Democratic patrons. In the third quarter, The Lincoln Project received $300,000 from the Sixteen Thirty Fund, a liberal nonprofit that injected $32 million in “dark money” into like-minded outside groups through August. The Lincoln Project joins a long list of super PACs filling their coffers with secret money from groups that don’t disclose their donors.

The Lincoln Project’s website does not disclose the salaries or benefits paid to its founders and operators. Open Secrets wrote, “The Lincoln Project has come under scrutiny for funneling most of its money to firms owned by its members. But while the group started off spending relatively little on election-related ads, it has become one of the top spending outside groups of the 2020 election.”

The PAC’s filtering of money through layers of subcontractors obfuscates its spending. Open Secrets explained, “The group also hides some of its vendors by stealthily paying subcontractors, making it difficult to follow the money.