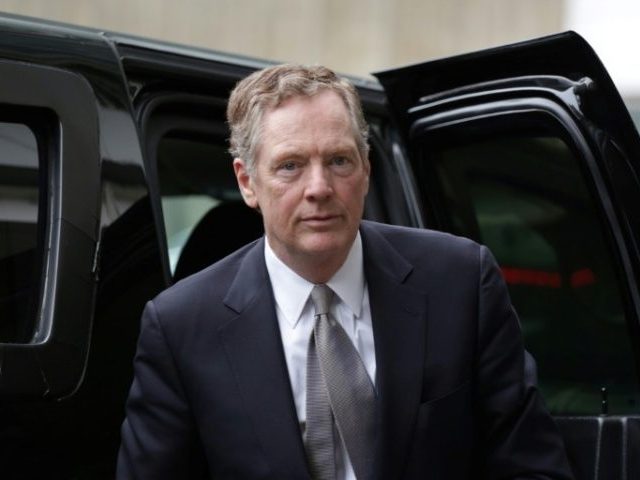 The Trump administration’s top trade negotiator said Sunday the United States will hold firm on the 90-day deadline to reach an agreement with China.

“As far as I’m considered, it’s a hard deadline, “said U.S. Trade Representative Robert Lighthizer on CBS’s Face the Nation program. “When I talked to the president of the United States, he’s not talking about going beyond March. He’s talking about getting a deal. If there is a deal to be gotten, we want to get it in the next 90 days.”

“If there’s a deal to be done, we’ll make it. The president wants us to make a deal,” Lighthizer said. “It has to be verifiable, it has to be monitored, it can’t be just vague promises like we’ve seen over the last 25 years.

Lighthizer said “if we don’t get a satisfactory solution” by March 1, tariffs on $200 billion of Chinese goods would rise to 25% from the current 10%.

The White House has insisted that the arrest of Meng Wanzhou, the chief financial officer of Chinese telecom giant Huawei, is a law-enforcement matter not related to the trade negotiations and will not have an impact on their progress. But the coincidence of her arrest, which was sought by U.S. law enforcement authorities in New York, coming on the same day as President Donald Trump and many of his chief advisers had dinner with their Chinese counterparts has made it hard to separate the two.

Over the weekend, China has summoned the U.S. ambassador to protest her arrest in Canada, at the behest of U.S. officials, and likely extradition to the U.S. She is currently being held in Canada while a judge weighs whether to grant her release on bail.
“It’s my view that it shouldn’t really have much of an impact,” Lighthizer said of Meng’s arrest. “I can understand from the Chinese perspective how they would see it that way. This is a criminal justice matter. It is totally separate from anything that I work on or anything that the trade policy people in the administration work on. So, for us, it’s unrelated, it’s criminal justice.”