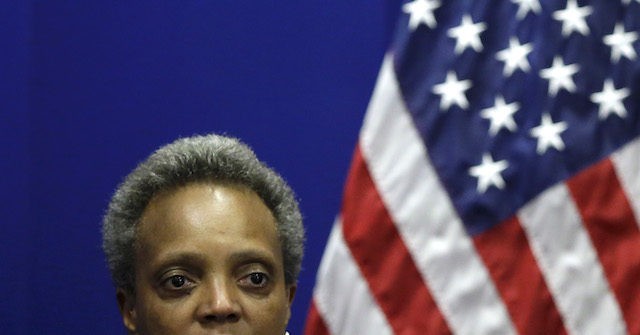 During an interview on MSNBC on Thursday, Chicago Mayor Lori Lightfoot criticized the Supreme Court’s ruling on New York’s gun laws for failing to see “the importance of federalism.” And stated that she’s worried the ruling will “the legitimacy of the court, particularly given the leaked draft of the Roe decision.”

Lightfoot stated, “We were part of an amicus effort on the behalf of a number of states in support of the New York law and really focusing on the importance of federalism. But unfortunately, given the composition of this court, we were not surprised that they struck down the New York law. But I think that they gave ample opportunity for New York and other states to pass other laws…commonsense restrictions on gun use, and particularly people displaying weapons in public, which is itself a threat. And I think Mayor Adams is absolutely right, it is going to make it more challenging for police officers all across New York State to be able to do their job. It doesn’t have any immediate consequences for us here in Chicago, and it’s interesting that it’s coming, obviously, on the heels of the bipartisan effort in the Senate.”

She added, “The fact that the court is coming down with this decision feels tone-deaf and I worry that it undermines the legitimacy of the court, particularly given the leaked draft of the Roe decision.”